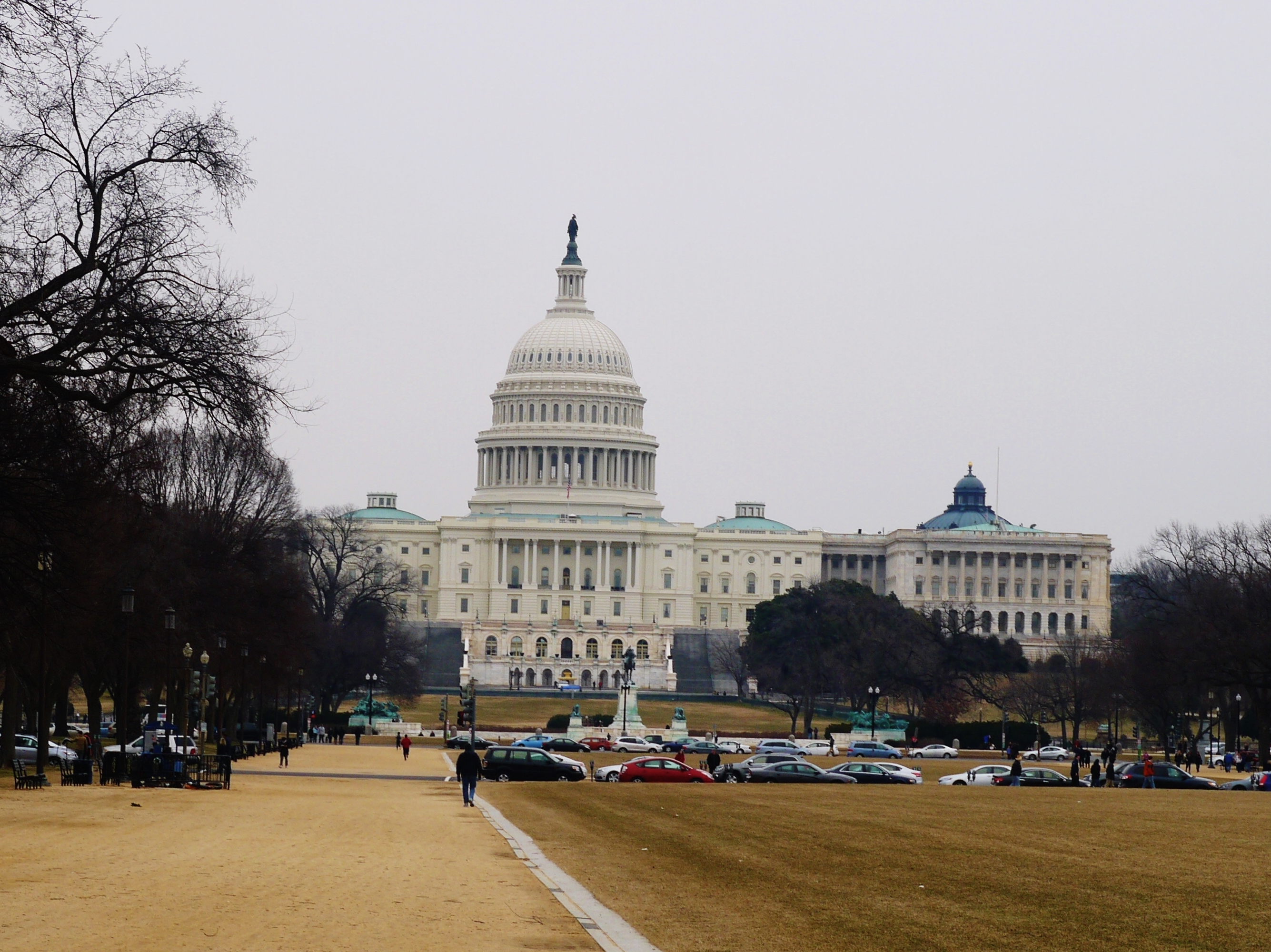 Sometimes it’s good to get away for a bit, even if “a bit” is a mere 36 hours. With that in mind last weekend I left my Durham worries behind and boarded the bus for the famous,  and surprisingly frigid, Washington, DC. Arriving Friday night meant I had Saturday to poke around what used to be my old haunting grounds. I loved the city when I lived there for a year, but had somehow missed some of the sights, most notably the Natural History Museum and the National Gallery of Art. Since the temperature was hovering around 30 degrees Fahrenheit, heading inside seemed like a good idea. I thought museum hopping would be fun, but I didn’t realize my quick trips would be a source of inspiration for my life back at Duke. First stop, the Smithsonian’s Museum of Natural History. The museums in the National Mall are free, which is spectacular for a museum goer like me who likes to wander around without the schedule of someone who has paid $20 and wants to get her money’s worth. The marbled walls and high domed ceiling were full of visitors on a Saturday morning, most if not all with kids under six in tow. Off to one side a sign was lit up like a beacon just for me: “Nature’s Best Photography Windland Smith Rice International Awards.” To say the pictures were amazing would be an understatement. The photo taking top honors featured a primate dangling upside down on a tree branch to take a few laps of the water beneath. I was practically aghast. How does someone even envision a photograph like that? It must have taken hours and hours of training and preparation studying lighting, composition and, hello, the complexities of the modern day camera, all combined with a little bit of Lady Luck to capture the perfect image with impeccable quality. In fact, all the photographs in the exhibit demonstrated the professional aplomb of the winning photographers as well as the wonder of nature and the antics of its creatures (really, one of the categories is entitled “animal antics”). I have only just begun my quest to become a better nature photographer. Seeing the possibilities that could someday be at the other end of my lens makes me want to redouble my efforts; take more classes, snap more photos. Though the cameras sported by the professionals may be the equipment of my dreams, their love of the outdoors and the subjects of their pictures is something I can relate to. I spent the rest of my hour in the museum exploring some of the other exhibits. I paid the few dollars for entry into the butterfly room, where I watched the bright wings of species I had never heard of beat delicately against the moist air spurted from spigots on the wall. As we are in the middle of the brown and gray of winter in North Carolina, it was good to see some color. After a tour around the world’s mammals on the first floor, it was time to brave the cold and make my way to the National Gallery. “Make my way” is perhaps an overstatement, as the National Gallery is right next door to the Museum of Natural History. Convenient. As I walked along the sidewalk I passed the Sculpture Garden and the dozens of city skaters making circles around a small rink. Though I did not venture far into the Sculpture Garden, one piece in particular caught my eye. A giant silver tree stretched its bare branches to the sky, an incredibly realistic portrayal made of shiny metal.  As it was winter, the tree matched the leafless limbs of its brethren to either side, but in the summer it definitely must stick out. The National Gallery is huge to say the least. Composed of two buildings and many, many wings, I could walk in and out of the galleries in infinity. Unfortunately, I did not have infinity, I had just about an hour before meeting friends for lunch. Given my time constraints, I found the information desk, picked up a map, and made a beeline for the landscapes and impressionism of the American, French, and British galleries. Landscapes have always been my favorite, regardless of artistic style or time period. As I slowly circled each room, the great mountain vistas, the delicately drawn plants and flowers, and the great swirls of color depicting French fields and villages captured my attention. I had been tired before my trip to DC, hoping to spend the next weekend rolled in the comforter of my bed while I lazed Saturday and Sunday away. The depictions of nature and wildlife in the National Gallery reminded me of all the places I wanted to see, all the trips I still wanted to take, and suddenly a day in bed, while relaxing, no longer seemed like the best option. I wanted to see the hummingbirds shown in the detailed work of Martin Johnson Heade, stand before the great panorama of mountain vistas by Albert Bierstadt, return to Cezanne’s rolling hills of Provence where I had spent a weekend during my semester abroad. By the time I left the National Gallery, I was feeling lighter, fresher. I had been inspired by photography, inspired by science, inspired by paintings, and felt a renewed commitment to my studies and my goals. My two hours were a testament to the power of some of our greatest museums and national collections. Though I did not have the time or resources to take a safari to see African wildlife, journey to the beaches of Britain, or observe Brazilian butterflies, I had a taste and was ready to make plans to see more. One thought on “Inspiration from a Trip to Washington, DC”