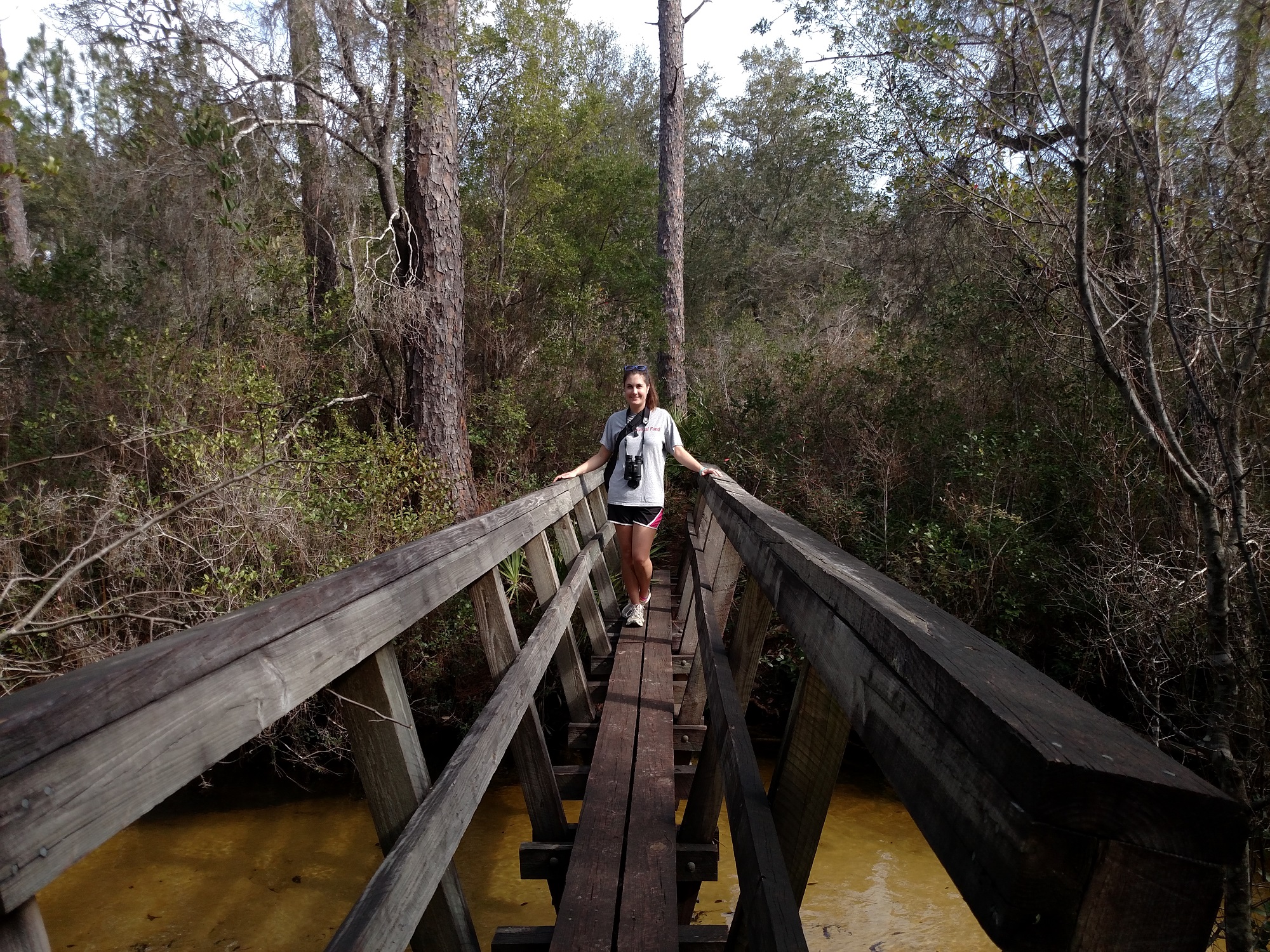 The trail looked much like many of the hiking trails I had tread upon within the Florida Panhandle. The path was sandy in some places, and relatively narrow. The towering pines had dropped their long needles into the trees and shrub below, where they hung like icicles from leaves and twigs before eventually falling to the ground. Palmettos bunched together, becoming an even brighter green when the sun shown through their fronds. A wooden walkway covered a creek, the water flowing crystal clear and revealing a pure sand river bottom. Though it looks like many other trails, this one is special: it is a segment of the Florida National Scenic Trail.

The trail was originally founded by Jim Kern in 1966, though it wasn’t designated as a national scenic trail until 1983. As they explain on their homepage, “The Florida National Scenic Trail (FNST) is a congressionally-designated, long-distance hiking trail that weaves its way across Florida from Big Cypress National Preserve in the south to Gulf Islands National Seashore in the western end of Florida’s Panhandle.”

In fact, the trail – which is nearly 1,000 miles long, with an eventual goal of 1,300 total miles – is one of only 11 scenic trails in the country, and one of three contained in a single state. Though the Appalachian Trail (AT) and the Pacific Crest Trail (PCT) are arguably the most famous trails in the system, the FNST offers hikers the opportunity to walk through a wide variety of subtropical habitats. Moreover, unlike the grueling trails of the AT and PCT, the FNST is mostly flat, providing access to those of varying fitness levels. The FNST is a testament to public-private partnerships. I walked a section of trail that wove through Eglin Air Force Base; other segments are within state parks, national seashores, private land with owners who have agreed to let hikers onto their properties, and more. The resulting benefit to nature lovers is substantial.

By the end of the afternoon, my husband and I had walked nearly seven miles, spotting birds, a beautiful pond, and the tracks of raccoon, deer, and turkey. Maybe someday I’ll hike the entire trail; either way, I definitely appreciate having the historic path so close to my home!