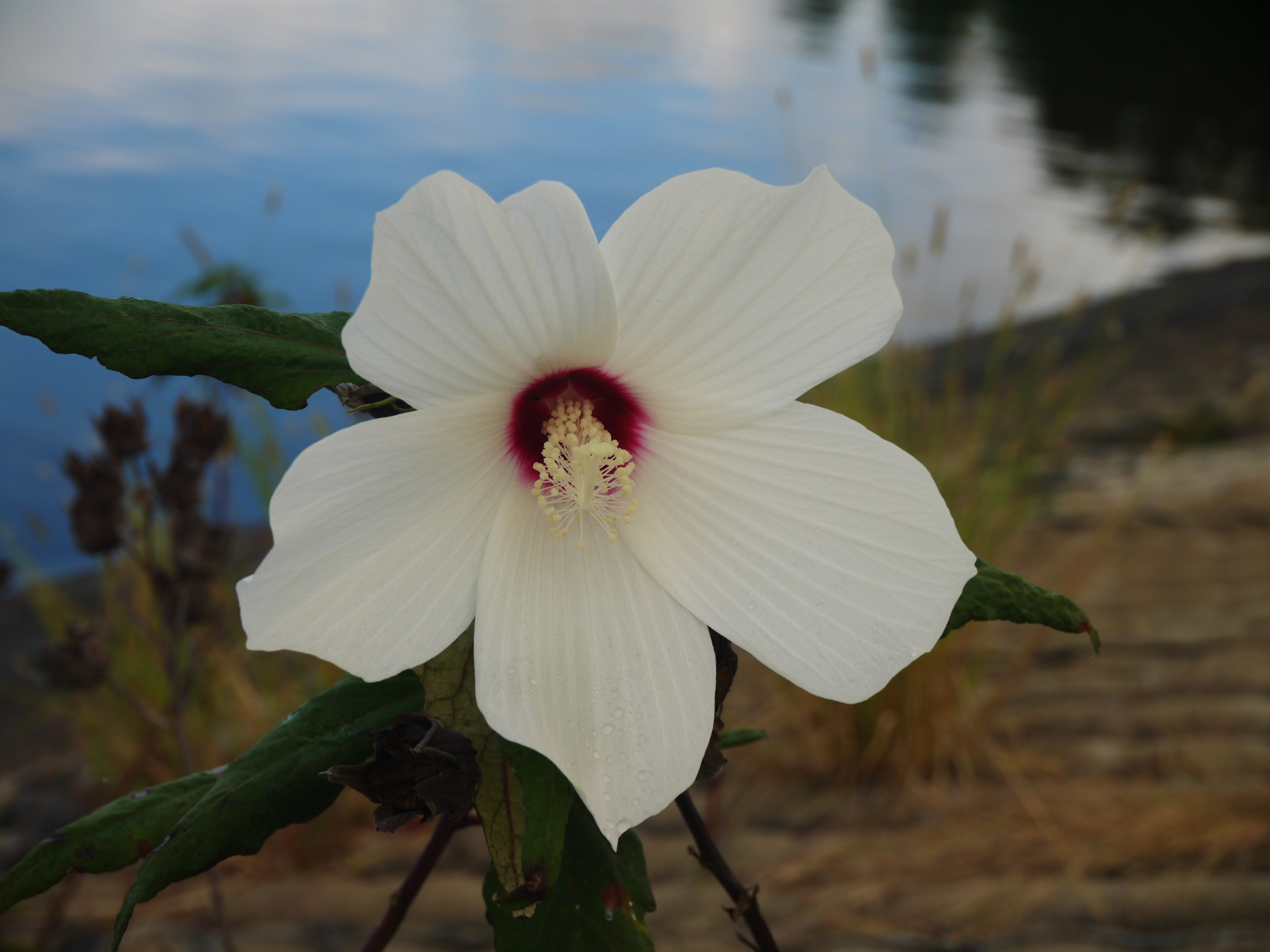 My Sunday excursion began by falling down a set of stairs. Now, on any type of graceful scale I lean towards the side of “klutz.” I accidentally run into couches and doors, slip in the snow, and drop my phone on just about any surface imaginable (my phone case looks like a safe). It was not so surprising then, that I slipped down a set of wooden stairs at Falls Lake, connecting the parking lot with the water’s edge. The fact that I still had an amazing time is a testament to the state park and the nature of the area we stumbled upon. I have never lived farther than fifteen minutes from a lake or an ocean, and water bodies have played a pretty major role in developing my love for the outdoors. Looking over a map of the Triangle area, I was thrilled to see a huge swatch of blue: Falls Lake. Barely twenty minutes from downtown Durham, the buildings and blacktop quickly fell away and were replaced by forests and farmlands as we followed our GPS to the visitor’s center. Fall foliage is just beginning to peak out in North Carolina, and the woods were tinged with gold and crimson. Well, we never found the visitor’s center. Falls Lake has multiple public areas on both sides of the lake, and we had arrived at Beaverdam,  the section of the lake that precludes motorboats. Oh well, when traveling to a new place you have to be flexible. It turned out that Beaverdam is  unique, and I was thrilled to explore the grassy dam. Down we went to the edge of the lake and the dam itself, where I met my stair nemesis. Luckily I slipped near the bottom and only had a few steps to go before reaching grass, but I made enough noise to attract the attention of the handful of fishermen casting into the windy water. Great. I tried to be as put-together as possible as I brushed myself off and strode past everyone, but there’s only so much you can do. The dam was unlike any other I had seen before. Instead of piles of concrete and steel, the top of the dam was a grassy meadow, stretching from one side of the lake to the other. Though there was a fair amount of concrete on either side, it gave way to a rocky edge where great blue herons hunted for food. Giant white hibiscus flowers grew straight up from their rocky habitat, and a loud flock of Canadian geese swam and flapped near the edge, swimming into deeper waters as we approached. Eastern bluebirds and downy woodpeckers flew back and forth in the pine trees as the dam gave way again to forest. Deciding to do a little bush-whacking, we picked our way along the muddy shore. Deer and raccoon prints abounded, as well as one or two discarded lures indicating a few fisherman had also ventured this far. From our spot in the woods we couldn’t hear any cars, any people, any sound other than the wind. Talk about serene! The best part was that I had only seen a fraction of the public space available at Falls Lake. There are boat launches, picnic sites, swimming areas, and hiking trails. Camping trip anyone?

One thought on “Falling for Falls Lake”