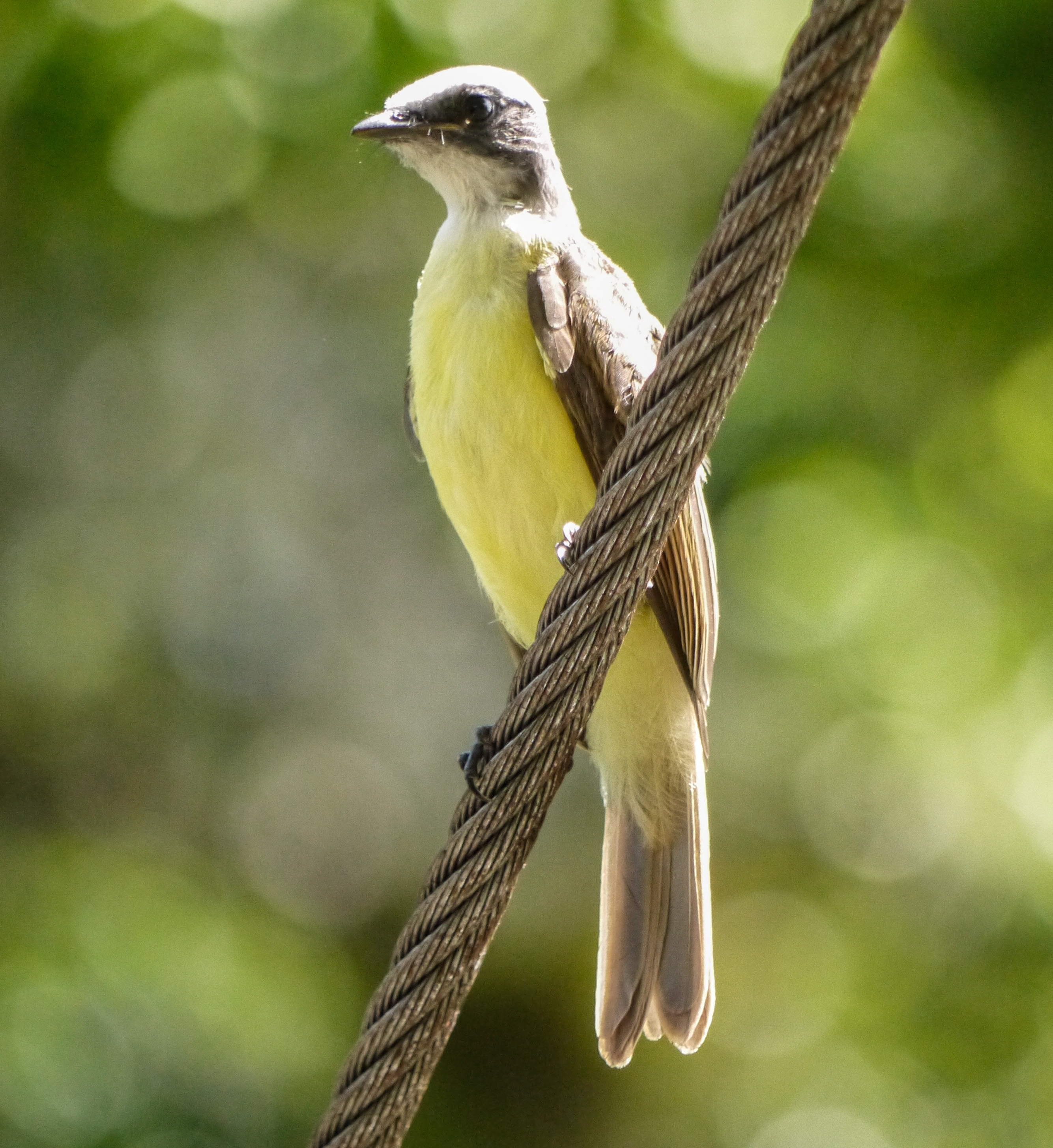 As a birder, I draw familiarity not just from my surrounding landscape, but also from the local bird communities. In Durham, where I have now lived for two years, I make my usual walk to campus surrounded by the common suburban species: the American Robin, Northern Mockingbird, Northern Cardinal, Song Sparrows, and others. Though I have seen the birds a million times, I still find delight in watching their antics, or marvel at particularly red cardinal males.

When I travel to a new place, the first thing I do is try to gain a similar familiarity with the common species of my new location. I can’t really say for sure why I do it, other than I find it fun! With that aim in mind, I had my new field guide out only moments after my husband and I touched down for an eight night stay in Belize.

Belize, a small Central American country facing the Caribbean Sea, is home to over 500 species of birds. Some have ranges that reach up into the United States, but the majority would be completely new to me: life birds.

When we arrived in Hopkins, our beach destination for the first five nights, I sprang out of the car in a tizzy, rapidly snapping pictures of every feathered thing I could find. Did I have any idea what they were? Nope. Partly because I was mildly overwhelmed with excitement, and partly because many were simply new species for me.

As I calmed down however, I was able to methodically flip through my book and identify each bird one by one. Some were familiar: in the place of Northern Mockingbirds, I now saw Tropical Mockingbirds. On the sea the dark diving birds were Neotropical Cormorants, instead of Double-crested. What looked like Brown Pelicans were in fact… no those were still Brown Pelicans, a species with an impressive range!

Others were new. Tropical Kingbirds and Great Kiskadees, each with bright yellow bellies, rested on power lines. Tiny White-collared Seedeaters chased insects and foraged for food along the ground and in the brush. Great-tailed Grackles, which keened, called, buzzed, and made every other sound you can imagine, sat in the swaying palm trees or flew overhead. Ruddy Ground Doves, themselves only as large as my palm, settled on telephone poles or flushed from the sandy street as we biked by.

These birds, learned in a day or so, soon became my set of “familiar” Belize birds, at least for our stay in Hopkins. As we explored the small village on our bikes, or walked along the beach, I loved it when I could easily identify any one of these species. As our trip wore on, I added more and more life birds to my trip tally; however, at the end of our stay, as our plane lifted off to take us back to Durham (well, to Atlanta and then to Durham), I remembered those common birds the most. When someone asked what my favorite bird of the trip had been, it was the familiar bird names that leaped to my mind!