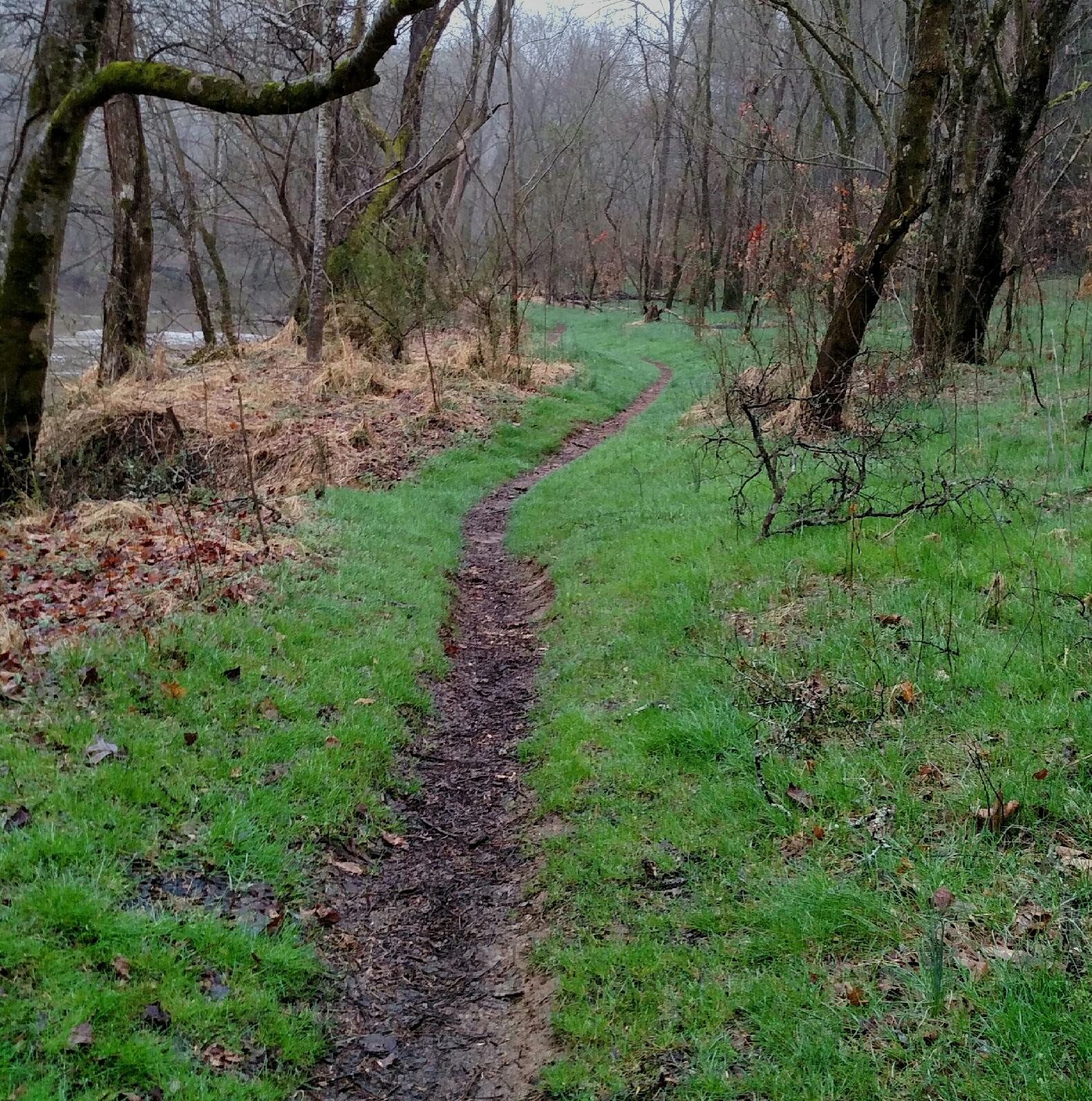 You know you have two good friends when they agree to wake up before the sun to go birding! When we arrived at Penny’s Bend Nature Preserve, the sky was full of clouds, casting a dim light across the Eno River. Fog rose from a nearby field, and everywhere we looked the colors were muted. Still, it felt good to be outside. Audrey, a fellow MEM, and Ryan, a PhD student and I headed up the trail equipped with cameras and binoculars.

My fiancé had tagged along to fish for the white bass that run up the river from Falls Lake to spawn. He wasn’t alone: over a dozen other fishermen were fishing along the same bank, all within 50 feet of each other. A series of rapids prevented the fish from continuing up the river, so they pooled in one spot, perfect for fishing. As the anglers were all clustered near the parking lot, we soon left them behind and had the whole preserve to ourselves.

I was hoping early migrants had made it up to us, but as our trip was in late March, I think we were still a bit early. We found wintering bird species, like White-throated Sparrows, Carolina Wrens, and Red-bellied Woodpeckers, but nothing out of the ordinary.

No birds out of the ordinary, but we did spot one species I have never seen in such close proximity. Penny’s Bend is only 84 acres, and the trail rarely strays too far from the river. As we walked, we noticed a strange shape moving rapidly with the current down the Eno. The water was brown, as was the creature, but as it approached identification became clear: we were looking at a beaver! Our movement spooked him, and with a characteristic slap of his tail he disappeared under the water.

I have only ever seen beavers at a distance, and you can imagine how excited I was to see not one, not two, but three more beavers swimming down the river. Our trail was raised above the water, and we stood still so as not to disturb the beavers, watching them glide gracefully past us.

The beavers were the wildlife highlights of the morning, but the preserve is beautiful. Small wildflowers and intricate lichen and mushrooms bordered the trail, which eventually curved past a freshwater pond and through a meadow. Though small, Penny’s Bend boasts quite a few habitat types!