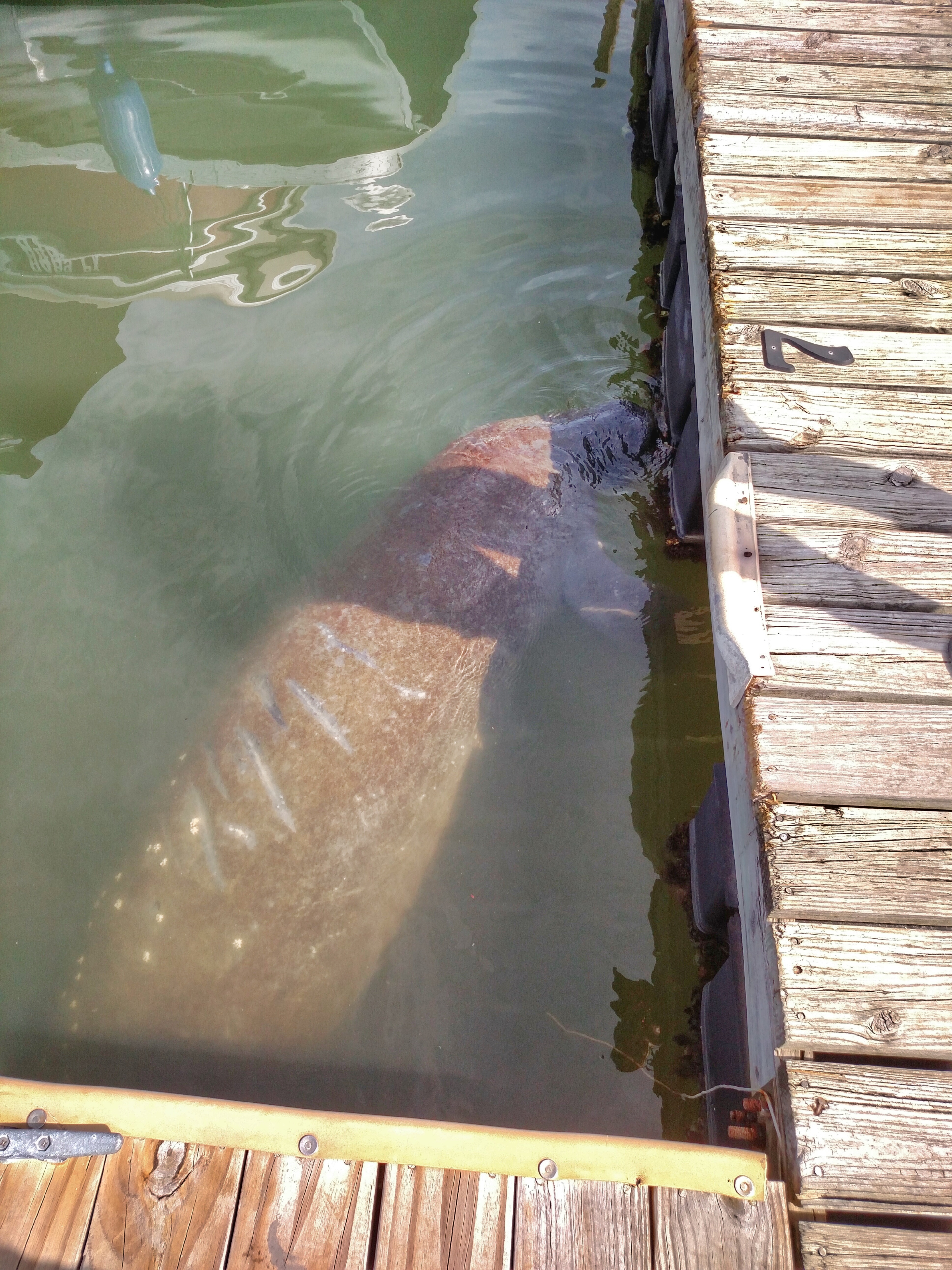 It was a hot morning near New Smyrna Beach, Florida. I was standing on a wooden marina pier facing the inter-coastal waterway, on a trip to visit family. My husband suddenly pointed to the water, where a broad nose briefly broke the surface before slipping to the bottom again: a Florida Manatee!

I followed the manatee as she swam beneath the docks, marveling at her immense size and how wide her tail looked as it slowly pumped up and down. The manatee had algae growing along her back, a few barnacles here and there, and long, healed scars.

It was the first of two manatees I would see that weekend. The second was in even closer proximity, feeding on vegetation growing along a dock behind a tackle shop. I could have reached out and touched the marine mammal, but she was calm and serene, seemingly unperturbed by my presence. She too eventually disappeared beneath the waves, but not before I noticed another set of scars on this manatee’s back. Manatees are endangered, with an estimated population of around 6,000 individuals. The scars I saw were from boat propellers, and with over 900,000 boats registered in Florida, they outnumber manatees almost 150:1. Even considerate boaters that proceed slowly can accidentally hit the slow moving mammals. Add collisions, red tide, and cold snaps, and the manatee population exists in a precarious balance. To know these things is saddening, to see it first-hand becomes tragic.

As I mentioned in a previous blog post, there are many who protect the manatees, but others who want to do de-list the species and lower the level of protection, thereby reducing refuges and no-motor zones. I take the opposite view: manatees need more no-motor areas to feed and breed safely. These zones don’t have to be off limits entirely, paddlers in kayaks and canoes would still be permitted, and would probably catch greater glimpses of the manatees. While it’s true boater traffic and tourism would diminish, ecotourism opportunities could rise. It’s rare to see manatees outside of Florida, and I count myself among the many who would travel to see them!

To learn more about Florida manatees, check out the Florida Fish and Wildlife Conservation Commission, and their reports, publications, and statistics.