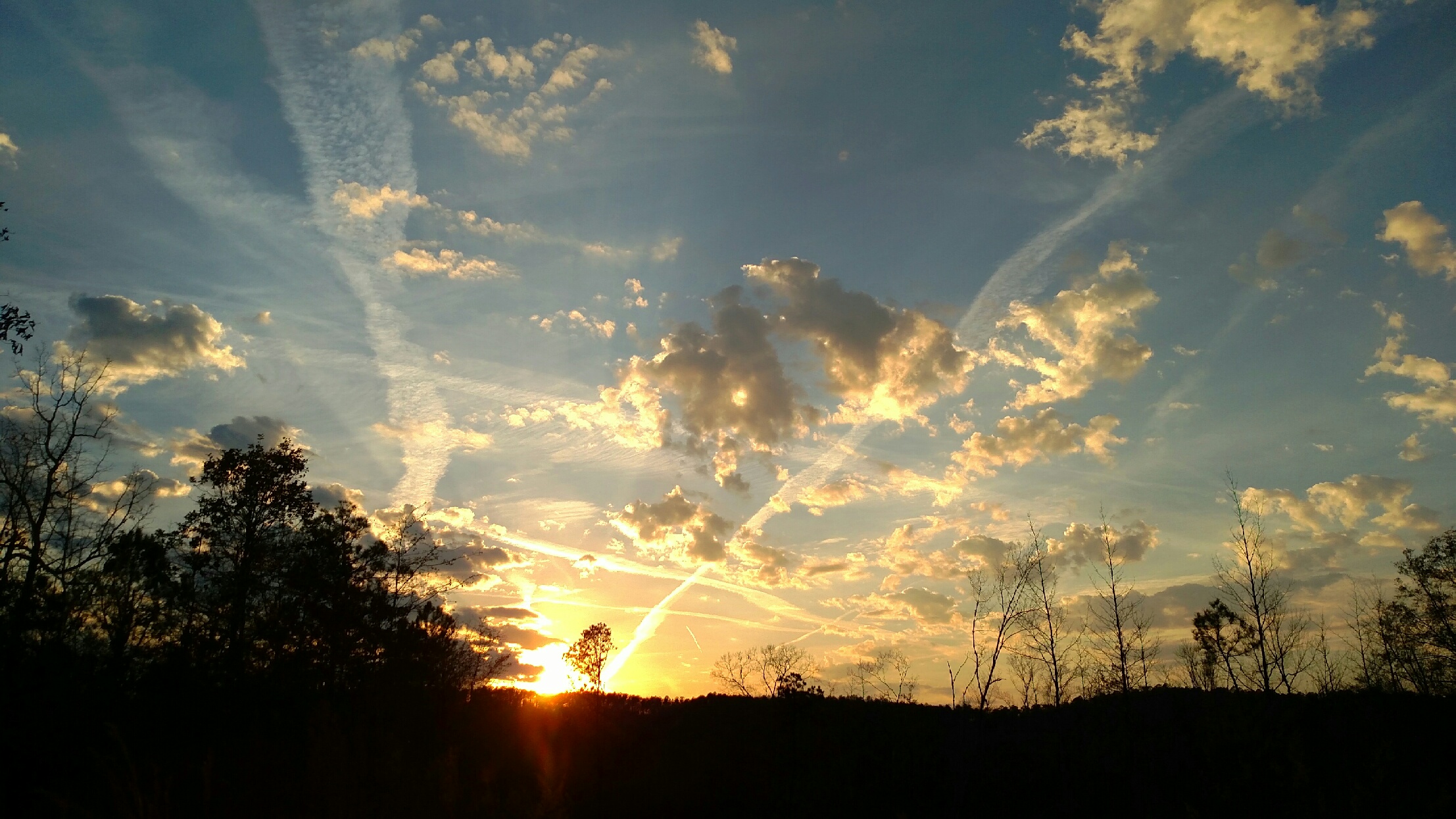 I have seen a lot of sunsets in my life. My memory is peppered with bright red and gold skies along beaches, on walks home from campus, and across mountaintop vistas, but my experience with sunrises are much more sporadic. A few road trips, early morning flights here and there, but by and large I have missed one half of the world’s most beautiful sunlight displays.

Hunters however, see plenty of sunrises. For deer hunting especially, it is critical for hunters to be out in the field well ahead of daybreak, positioning themselves in blinds or tree stands and waiting for the deer to come upon them. While I’m not a hunter, I was happy to take advantage of their tree stands over the weekend while birding in Alabama.

The property where my fiancé and I were staying covers around 40 acres, a conglomeration of different owners including Brian and his family. The property is dominated by young successional conifer and deciduous stands, with patches of fields left over from logging that occured before they bought the property. The tree stand that I liked the best sat at the edge of such a field, with young trees creating a dense woodland at the border.

In order to reach the tree stand in time for the sunrise, we set out from the camp in darkness, using a head-lamp to guide us along the quarter mile walk. The stand sat high up in the branches, reachable only by a metal ladder. Thin cushions insulated us from the chill of the seat, augmented by additional cushions we brought from the cabin. I had also hoisted up a camera and a small bag with a book, just in case I grew bored staring at the same scene for hours.

I needn’t have worried. Each minute as the morning progressed unveiled a new set of species, waking up and beginning their calling and feeding routines. Just as the first rays were breaching the horizon, Eastern Towhees began scratching at the leaves for food, periodically announcing their presence. Though I couldn’t see them, I knew exactly where they were. As the sun ascended, American Robins and American Crows began flying overhead, generally making a racket. They sat on the tops of tall conifer trees, forming perfect black silhouettes against the skyline.

The woodpeckers became active next. The great, reverberating calls of Pileated Woodpeckers echoed over the field from an older stand of loblolly pine across the way. A pair of Yellow-bellied Sapsuckers flew close to us to check us out, and then became spooked when they realized we were, in fact, humans sitting in a tree. A Downy Woodpecker was less bothered, scurrying up the same tree trunk that was holding the stand, while a Red-bellied Woodpecker trilled nearby. No, I was not bored; I was in heaven.

The sunrise itself was actually blocked by the branches of nearby trees, but I still enjoyed the yellow glow of the sky and, most of all, the warmth of the sun as it rose. Two and a half hours after I climbed up into the tree I reluctantly descended, impressed by the morning theatrics. Though I might not make observing sunrises a regular occurrence, in the future I will groan a whole lot less about waking up in the dark!