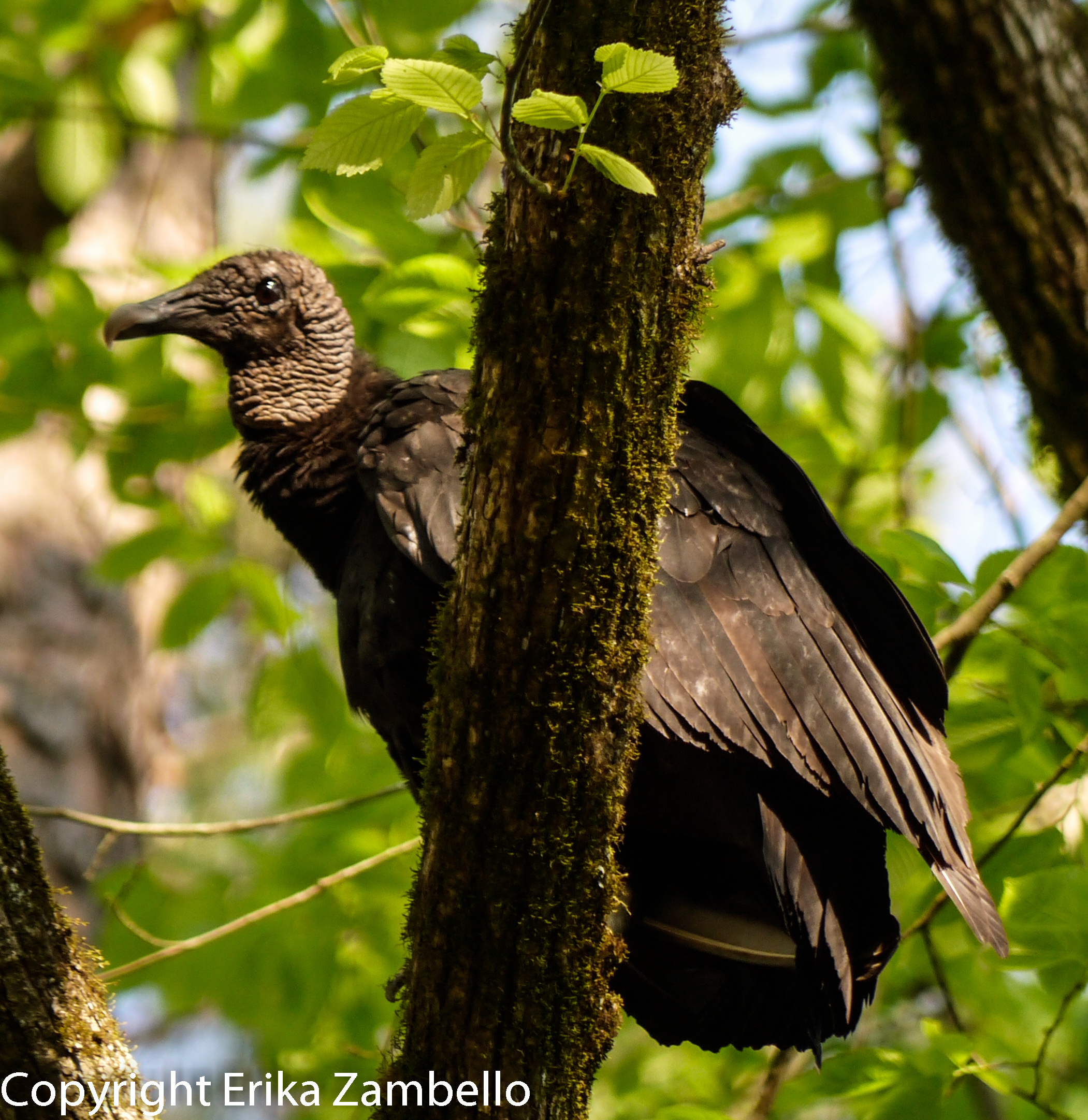 Let’s face it, vultures get a bad rap. North Carolina is home to both Turkey Vultures and Black Vultures, but when the birds are encountered most people wrinkle their noses, turned off by their diet of carrion and their unsightly appearance.

I on the other hand, love vultures. Over the weekend I headed specifically to the Falls Lake game lands looking for a Black Vulture nest my fiance had found a few weeks before. We picked our way towards an abandoned building – a favorite nesting spot for this species of vulture – keeping a careful look-out for the parents. Sure enough, as we approached the empty brick building we spied an adult near her protected nest of two eggs, tucked away in a dark corner. They were large and speckled, about ready to hatch into adorable chicks. Yes, they’re adorable, I swear.

While it’s true that vultures feed on dead meat, they are actually performing an invaluable service. Without the vultures, most road kill would simply rot on the side of the road, giving off an unpleasant smell and possibly becoming a health hazard. Turkey Vultures have an excellent sense of smell that they use to locate the carrion, after which Black Vultures will often join them. The vultures make quick work of their dead meal, and then soar off on the wind, looking for more; they only occasionally attack a live animal.

The unique appearance of these two species is directly related to their food source. Unlike other birds, they lack feathers on their heads to prevent infection, allowing the vultures to be healthier overall. In fact, vultures seem to tolerate some of the most deadly bacteria, bacteria that actually flourishes in their guts and further breaks down nutrients. Turkey Vultures also pee on their feet. Why? To kill any other microbes that may be harmful – it’s ingenious!

We left the Black Vulture to sit on her (his?) nest in peace. Black Vultures are monogamous, and use successful breeding sites for years. We hoped that when we returned to visit again we would see little vulture babies, and that they would continue to use this nest in the future. Next time you see vultures swirling in the air above, I hope you appreciate them as much as I do!

Note: I took the photos of the eggs with a telephoto lens, and was not close to the nest.