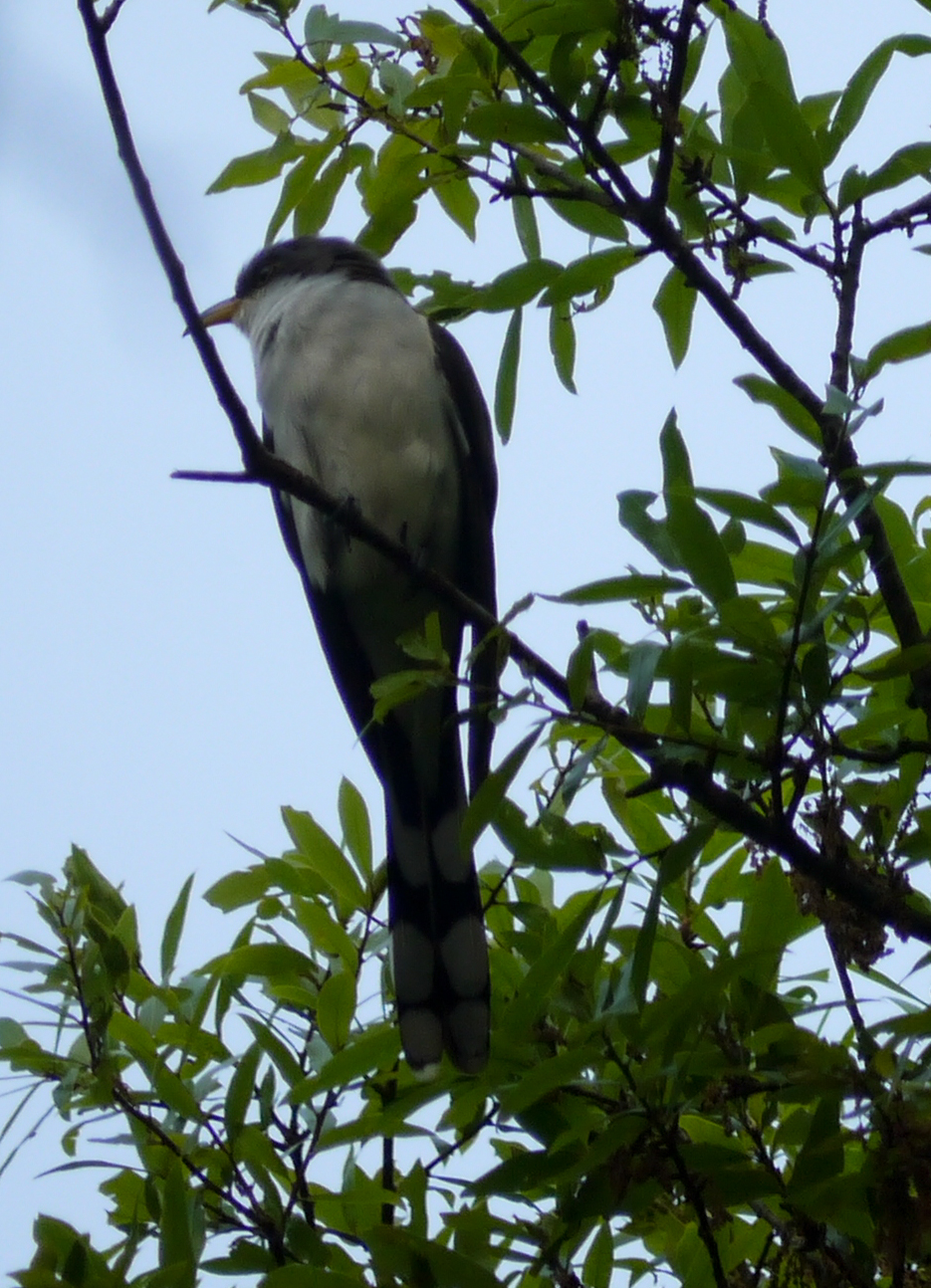 It was my first ever professional conference. As a Stanback Intern at The Conservation Fund, I was attending the North Carolina Land Trust Assembly spring meeting, held in Salter Path of the Outer Banks. In two and a half days I felt I had learned an amazing amount, had met smart, driven individuals, and took home a lot to think about. As if that wasn’t enough, I took an early morning trip to the Emerald Isle Woods to do a little birding before breakfast. Can you say, two new life birds?

Though I have been to the northeasterly portion of the Outer Banks, this was my first trip to the southeastern section of the region. It’s no surprise then, that the species I could expect to see were a little different than if I had ventured farther north. Since breakfast started at 8 a.m., I gave myself barely forty five minutes to walk the 44 acre maritime forest of the Emerald Isle Woods.

Turns out, I barely made it 100 ft from the trail’s entrance. Immediately I was dazzled by all the bird calls around me. I was used to the dozen or so familiar species that I had seen on a daily basis here in the Triangle’s winter woods. I knew their calls, knew their forms, knew their habits. Here, I was overwhelmed by the unfamiliar twittering and fluttering. The first bird I identified that morning was actually a life bird for me, the bright red Scarlet Tanager. It flew from me before I could snap a good photo, but I was quickly distracted by the buzzing of a Northern Parula.

A migrating warbler, this little guy packs a visual punch. A blue back, yellow-orange throat, and bright white eye-rings make this neotropical migrant a stunner, and I was determined to find myself a close-up view. Following his call, I tread up a thin trail to a small upland area, complete with an old wooden picnic table I could lay my phone and car keys on while completely focusing on taking pictures. I did not leave the spot for a full thirty minutes, despite the occasional mosquito in my ear or landing on my bare legs.

Eventually the Northern Parula grew tired of me, and flew deeper into the leaves. I looked up, scanning the canopy for other bird forms. A particularly large wingspan caught my eye, but of a size and shape that was completely unfamiliar to me. I took a photo, then paused, zooming in until the bird’s outline grew large enough to identify. Blue back, white stomach, curved yellow bill.

Leaning back against the picnic table, I was momentarily at a loss. What the heck was it? Whipping out my phone, I typed in the name of the woods into the North Carolina Birding Trail website, then scanned the species list underneath. Flycatcher? No, my bird was too large. Blue jay? No, I could at least tell that difference right away. What could it be but a…

Cuckoo! The moment the name scrolled onto my screen I knew I had found my match. Though I had never seen one myself, I recognized features of a Yellow-billed Cuckoo from my constant flipping back and forth in my Sibley bird book. Looking back up, I confirmed the ID. Coincidentally, the cuckoo flew closer to me, allowing for even better shots. An awesome bird, and the second life bird of the day for me!

While it may have been difficult to pull myself away from the woods, my stomach clearly informed me that missing breakfast was not an option. Outer Banks, as if you needed another reason for me to love you, in forty minutes I saw two life birds, amazing views, and became an even happier student.