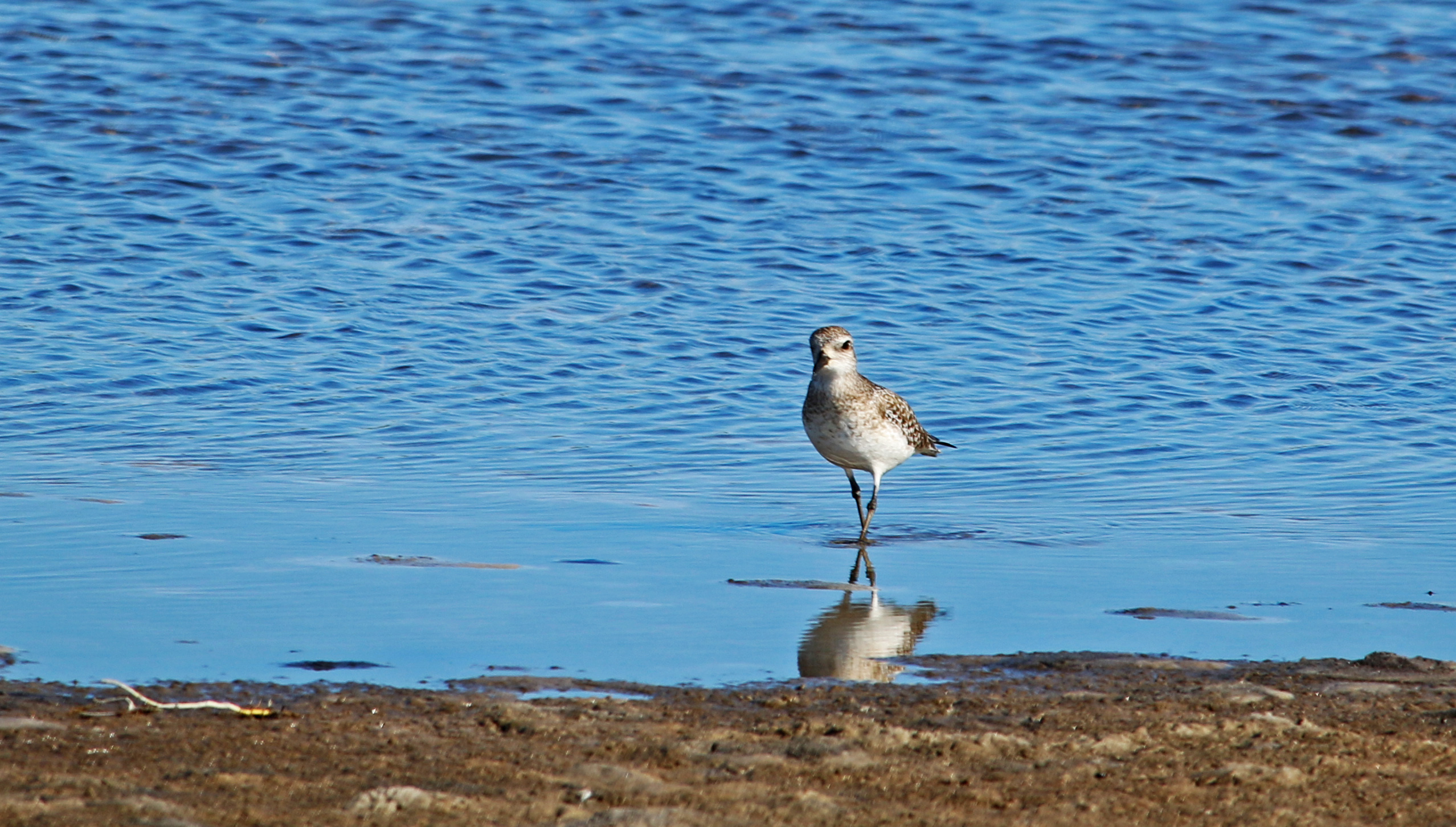 I was strolling on a beach along the Florida Panhandle, carefully noting bird species as I came across each one. The sand bordered the Santa Rosa Sound, which in the winter becomes a hotbed for avian activity. To my left was the water, to the right the rolling dunes that eventually met the Gulf, topped with swaying sea oats and short bushes.

In the waves I spotted groups of Greater Scaups, Horned Grebes, Common Loons, and Bufflehead, while shorebirds scampered along the beach itself or looked for prey in the muddy edges of a shallow pond. My favorites are always the Willets that dip their entire heads under the surface of the water in search of food. At the end of the hour I had compiled a list of over 15 species. Though I bird all the time, and I often keep track of what I see and where, this list was special: I was contributing my checklist to the Great Backyard Bird Count (GBBC). The GBBC is the most impressive citizen science endeavor in the world. Run by the Cornell Lab of Ornithology (and using their eBird data uploading tool), Audubon, and Canada’s Bird Studies, the GBBC occurs over one long weekend each year. For these few days, birders across the globes stake out their backyards, their neighborhoods, or their favorite birding haunts, recording all the species they see. Sounds easy, right?

It is easy, and that’s the beauty. I submitted all of two checklists, covering less than two hours of birding time. My efforts might seem small, but the results from my checklists combined with the tallies of thousands and thousands and thousands of other birders adds up to an amazing amount of data, all freely available to scientists and researchers everywhere. As I’m writing this blog, over 140,000 individuals checklists have been submitted, covering over 5,100 species and 16,141,413 birds! Given that birders have until March 1st to upload their results, these numbers will only grow.

Citizen science isn’t perfect, but it has a host of other benefits besides merely supplying data. For one weekend, I knew I was joining a movement that would lead to critical information used for conservation of some of my favorite species. Since 1997, more than 60 papers have been published using the data from eBird, where all the GBBC checklists end up. In fact, eBird collects around 1,000,000 observations every month. The data has been used for more than just papers: click here to see the moving map tracing migration of 118 species throughout the seasons.

Whether you are a beginning or advanced birder, a naturalist or just someone who loves being outdoors, there is probably a citizen science project out there for you. The GBBC may be my favorite, but click here and here to find yours!