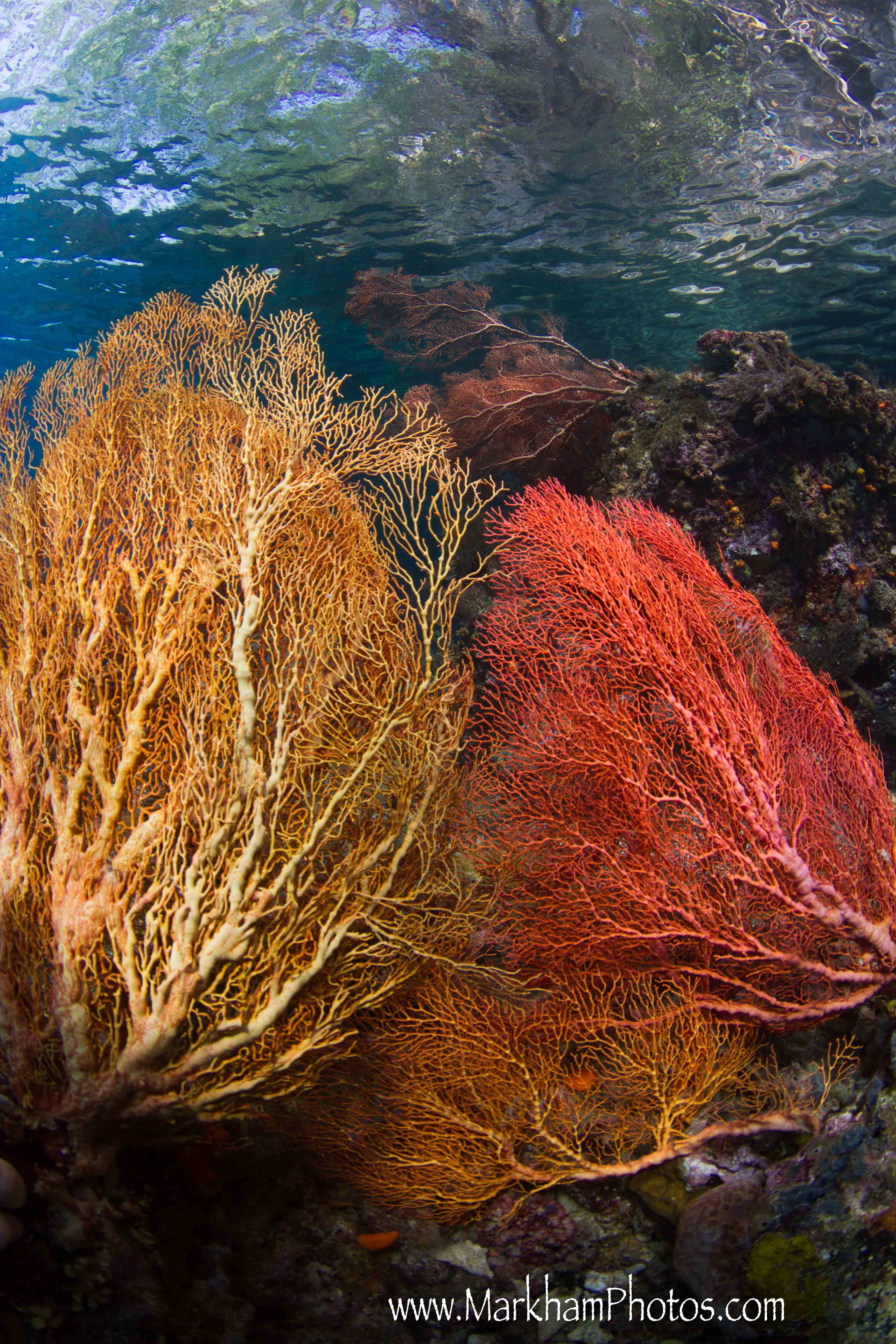 It seems each blog I write these days comes from a new job.  I suppose it comes with the territory when you’ve developed an acute allergy to sitting at desks and no one place on Earth feels like home. With work at the Duke Marine Lab and Stanford’s Hopkins Marine Station receding into the distance I’ve begun a new set of adventures across the South Pacific and beyond. Somewhat stretching the definition of what can be fairly called “work”, I have been hired by National Geographic-Lindblad Expeditions as a staff naturalist and undersea specialist. What this means practically is that every few weeks I fly to meet one of their vessels somewhere around the world to  work with a National Geographic photographer and a group of ecotourists to interpret and explore some of the wild places this world has to offer. Winging my way from California for a brief pit stop in North Carolina to order my affairs I headed right back across the world to board the mighty National Geographic Orion in Sorong, Indonesia. By the time I got there I was so knackered that I managed to sleep through a 6.8 earthquake from the relative comfort of windowless hotel room the night before disembarkation. Our expedition was to set out from the aptly named “Bird’s Head Peninsula” of New Guinea, stop briefly in Raja Ampat, pop into “the spice islands”, zip around the south of the world’s second* largest island (*behind Greenland, if you count Australia as a continent) through what was once called the “Strait of Terror”, make a brief pit stop amongst the recent headhunters of the Asmat, cross into Papua New Guinea, and coast up the eastern end making stops in the Trobriands (dubbed the “Islands of Love”) and D’entrecasteaux islands before dropping anchor beneath the ominously steaming twin volcanoes of Rabaul. If that seems like an awful lot to cram into sixteen days to you, you’re right and if you are awestruck by the amount of distance we covered whilst adventuring then you also have a startlingly good grasp of obscure geography! To be honest, a month and a half ago before getting this job, I had no idea most of these places existed and certainly couldn’t have put them on a map. Then again with its more than 1500 islands it’s difficult to place anything on a map of Indonesia even for many Indonesians, and Papua New Guinea, which despite holding 1/6 of the world’s languages, remains in almost complete obscurity to the outside world. Rather than write my characteristic blog-tomes I will try instead to give little vignettes of my travel highlights and let the pictures do more of the talking starting with the marvelous Raja Ampat. A maze of limestone islands rising from the sea with spectacular reefs lining the deep channels, Raja Ampat is thought by some as to possess the peak of coral reef diversity  on Earth. A single reef not far from where our group snorkeled and dove twice claimed the highest diversity of fish species recorded anywhere on Earth (these were the only two times it was formerly surveyed with better known reefs squeaking ahead since). Moreover, over 90% of the species of hard coral that exist on Earth can be found around Raja Ampat. Needless to say the diversity and abundance of fish is truly staggering. The limestone overhangs with forest reaching out above the blue create a rare environment in which species typically seen only at depths, occur in the shallows. Normally only accessible to scuba divers, colorful gorgonian sea fans lie just below the waters surface. Their presence raises the question of why these creatures are normally only found at depth. Like all things ecological the answer is probably complex but most people without seeing these shallow water fans would probably say “well sea fans are at depth and in high current because they prefer it there”. What this little example points to is the likelihood that sea fans probably get aggressively outcompeted by sun-loving corals who more heavily rely on the photosynthetic sugars produced by their symbiotic algae that they host. In this shallow shady environment the sea fans well-adapted to getting their food by straining it out of the water become competitively dominant and flourish where other typically sun-loving species cannot. These sorts of natural experiments are the delight of nerdy ecologists like myself! Pulling myself out of the water, back onto the zodiac and turning back to the Orion has got to be one of the harder things I’ve ever had to do in my life. Thankfully I could console myself with the promise of more adventures to come. That said, I conducted the visit with reconnaissance in mind and will certainly be back to explore the place in earnest!

One thought on “Notes from Raja Ampat”