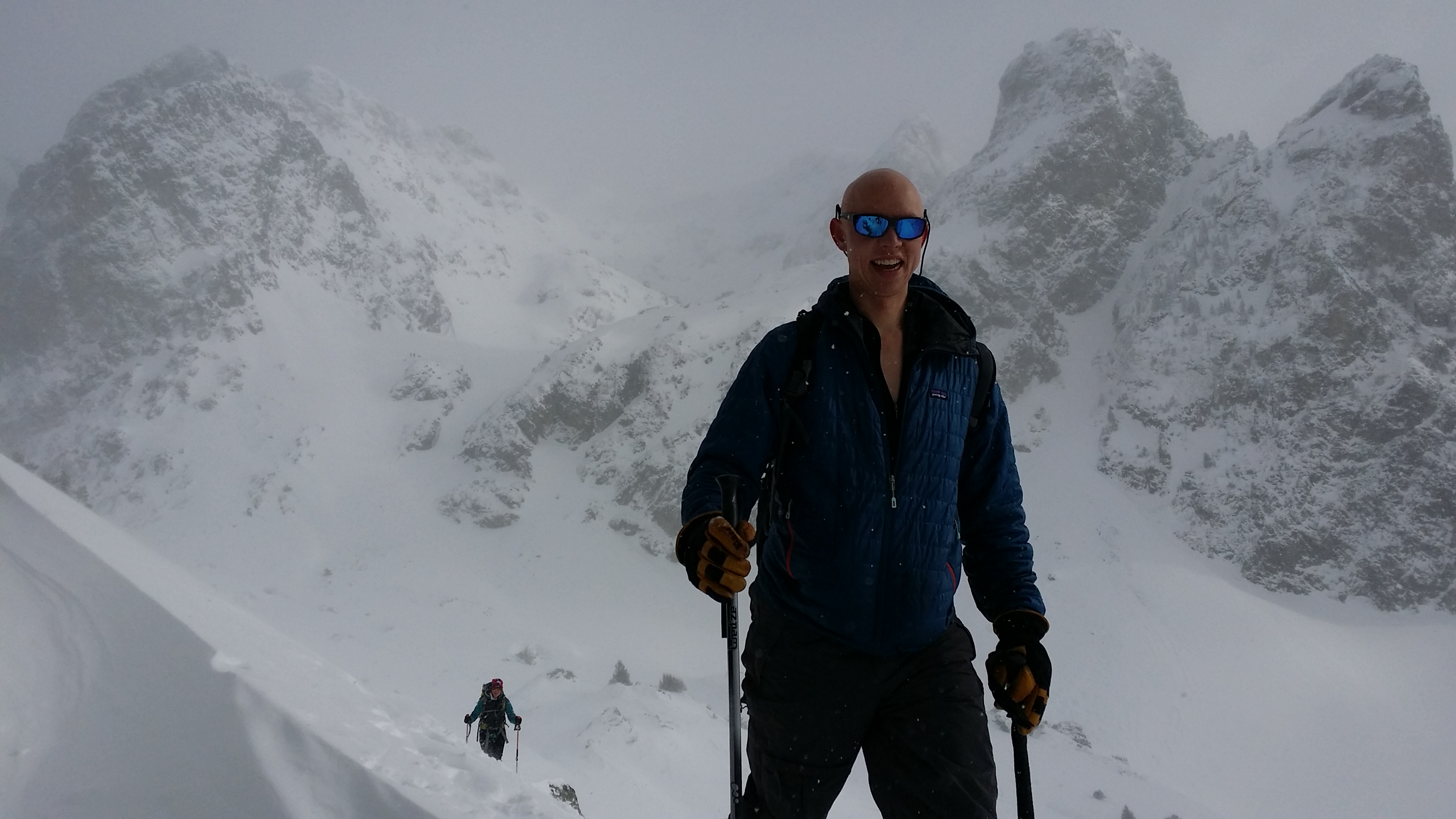 I struggled to keep up with my friends, but I felt as though I was really flying.

I was pushing things more than usual, but the glide just kept going.

Before I knew it, I hit something and was sliding.

I lost a ski and kept going for a while.

I tried to breathe and inhaled snow.

It took me a while to recover.

It was my first real powder day.

We had ducked some ropes and gone for some fresh powder with poor, flat lighting.

I had an occasion to be over in Switzerland and took advantage of the opportunity to see some old friends from college that I hadn’t seen since we graduated.

It was a scary enough event, but I didn’t dwell on it too much.

I collected my gear, apologized for holding the group up.

We had an otherwise uneventful day, skiing powder and negotiating French attitudes.

As night fell, we drove down the mountain carving through valleys in the dark.

We were in a bit of a rush – shops close early in France, and the plan was wine and raclette, French for “scrape,” essentially a fondue – scraping melted cheese onto potatoes.

First, though, we had to drop off the skis – the ski shop closed first and my friends had rented the pair for me.

We glanced at the bottoms of the skis in the light of the store.

“They don’t look great – they have some core shots – but they should be fine,” Brad said.

I demurred – I’m not very knowledgeable about skis and ski related things.

Brad, a grad student in Grenoble, took over the linguistic part of the interaction.

I began to have some concerns when the ski tech said he would have to call The Manager over.

I asked Brad, “Did we just buy these skis?”

“No way. I’ve brought in skis way worse for this than repair.”

Alright, I thought. Brad shops here all the time, he must know the deal.

The Manager comes over.

He looks at the skis.

He looks at us.

He looks at the computer for a while.

This is probably not so good.

The Manager starts talking to Brad, with emphasis and gesticulations. My French is not great, but I’m picking up context clues.

The Manager wants us to buy the skis for 200 euros.

A surprising turn of events.

This solution helps no one – the skis are not worth 200 euros.

The skis need to be repaired.

I’m going by train to Paris, then to Switzerland, and then back to America – I can’t travel with them.

Brad and Hillary don’t want them.

“I’ve brought in skis way worse than this. The skis are not done, they just need some work.”

So on and so forth.

The Manager starts in,

“Monsieur, Monsieur… You look like a well-raised, reasonable young man. This is an insult to us. It is dishonorable that you would bring these skis back in in this condition,” [Brad’s translation here].

Brad replies, “We never signed any agreement about having to buy these skis if they came back needing repair. We just have a receipt for our payment.”

The Manager furrows his brow, “Yes, but if you brought a car back in this shape, there would be major issues.”

Brad is conveying his annoyance in every civilized way he can, “The skis are not totaled. I do not understand. We have no obligations here.”

“If you leave the store without buying these skis, I will call the police. I am considering calling them anyways. These skis are beyond repair.”

Sensing that the police showing up would be even worse than buying the skis, Brad looks for a way for all to save face.

“Can you ask the ski tech if they are able to repair them?”

The Manager hesitates to do so. Brad asks again. And another time.

The Manger calls the ski tech over.

“Can you repair these?”

The ski tech looks at the still functioning skis. He’s clearly been following the interaction and knows there is a lot riding on his decision.

The Manager mulls his tech’s analysis and decides on a course of action.

“Pay me 60 Euros. Leave this store and never come back.

I have cameras, I have your name on the rental agreement. I do not want to ever see you in the store again – you are banned from it.”

Brad is still a bit shocked by the whole thing, “I do not understand, but Ok.”

Everyone is saying how desolate they are (I only learned later that desolate means sorry in French).

We exit the store.

The Manager reminds us a final time on our way out, “Don’t forget – you can never return.”

Brad and Hillary do some rad things in the Alps and write about it here, a blog you should totally check out.