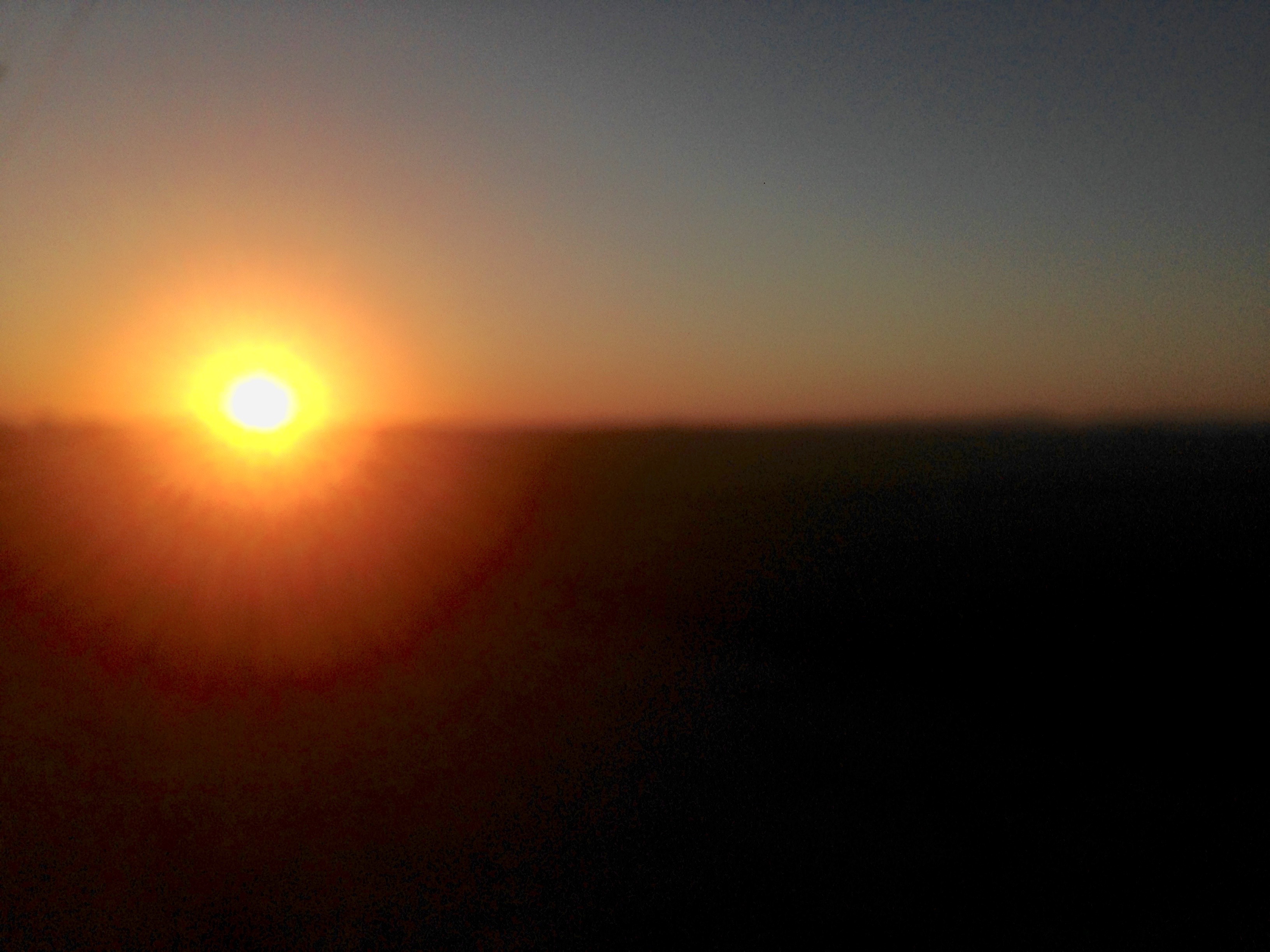 Last month I boarded flights to Arizona to attend the 10th annual Algae Biomass Summit hosted by the Algae Biomass Organization (ABO), whose mission is to “promote the development of viable technologies and commercial markets for renewable and sustainable products derived from algae.” This was a chance to evaluate progress in the past year towards commercial production of renewable algal fuels. A variety of people from companies, government, and academic & research institutions attended.

In addition to the research updates I gathered from attending talks, conversing with poster presenters, and presenting my own poster, I packaged some other pieces of information to take away with me:

At the Summit I came to appreciate the degree of promotion by government officials that was necessary to achieve the current level of federal funding available for algae research. Although the Department of Energy stopped funding algal fuel research in the 1990s, funding started up again in the past decade due to strong advocacy by people who saw promise in the algae industry. The Summit’s first day started with acknowledging Congressman Matt Salmon for co-founding the Congressional Algae Caucus in 2013 and being a vocal advocate in government for algae commercialization. ABO executive director Matt Carr detailed funding advancements in the past year: $50 million from the Bioenergy Technologies Office in the Department of Energy, 5x-increased funding for carbon capture, and funding for lesser-known macroalgae research.

The Summit took place two weeks before the 2016 presidential election. Now, especially, we will need this type of vigorous vocal advocacy in government to continue funding for bioenergy and carbon capture research that are part of the path to fighting climate change.

You’ve probably eaten algae at some point or another. For example, Spirulina powder is a popular supplement and is found in green smoothies such as those made by Odwalla, Boathouse, and Naked Juice. Now, algae can also help replace artificial dyes in processed foods, driven by consumer demand and bans. Producing a natural source of blue dye is a special challenge that algae can help solve, and blue dye would open the way to make other colors too. Several algae companies are producing natural dyes from algae pigments, and several of them spoke during the Human Health & Nutrition plenary session at the Summit. The company Earthrise was even featured in the New York Times magazine article Brand New Hue last month. Also speaking at this session was an executive from the company TerraVia, which is making headway in algae food products such as flours and oils that can be used in baking and cooking.

A postdoc reseracher I spoke with had counted up male and female speakers in the conference agenda, and found there were roughly 6 male speakers to every 1 female speaker. At this conference, speakers were generally postdocs, research associates/senior employees, professors, or other senior professionals, so the male:female ratio might demonstrate barriers to promote rather than lack of interest in entering this field. However, even at more junior levels, five of the six winners of the Young Researcher Poster Competition were males.

Comments uttered on the Summit’s main stage also fed this awareness of the relatively low percentage of females in a conference room filled with black suits. Notably, an Algae Foundation employee was showcasing a pilot program of groundbreaking outreach efforts to teach middle school students about algae. She excitedly announced that a local phycologist had visited students’ classrooms during this program. She then recounted the students’ comments of surprise that this scientist was female, young, and pretty; but she said it with a ‘isn’t-that-cute?’ tone rather than a ‘stereotypes-start-young-and-we-need-to-change-this’ kind of tone. I thought it was a missed opportunity to impart some message about gender & STEM stereotypes while in front of a captive audience.

Digging the hole a little deeper, in the following plenary session the moderator automatically thanked his panelists with “thank you for being here, gentlemen.” After realizing that Laurel Harmon, Vice President of the company LanzaTech, was also sitting in one of the five plush, black arm chairs on center stage, he quickly added “and ladies.”

In an industry where much information is often proprietary, it was refreshing to attend a “Lessons from the Field” session where companies and large-scale algae producers shared their failures and lessons learned. For example, several companies shared their stories of culture crashes where an algae predator or pathogenic bacteria wiped out their algae populations. They also provided more detailed information about what types of treatments worked and what didn’t. John McGowen, director of operations at the Arizona Center for Algae Technology & Innovation, stole the show by offering a gallery of humorous (though at the time likely heartbreaking) photos and videos of algae fails: algae ponds leaking, freezing, and being invaded by birds.

The Summit included many opportunities for young researchers to talk informally with professionals and learn about their career paths. I took advantage of every one of these opportunities and asked questions to learn more about careers in national laboratories and industry. I also enjoyed meeting other graduate students and sharing our stories. If nothing else, I know I’ve made another graduate student’s life easier by attending the Summit and spreading the magic that is Webplot Digitizer.

As I learned at the Summit, the algae industry is swiftly moving in many different directions. Although many of these directions do not involve fuel, I still aim to contribute to the progress of algal biofuel production in my lifetime, and will seek to become a stronger advocate for both bioenergy funding and women in this field.

I’m grateful to both the Duke Graduate School and Nicholas School of the Environment for providing travel awards that helped fund my flight and registration fee.