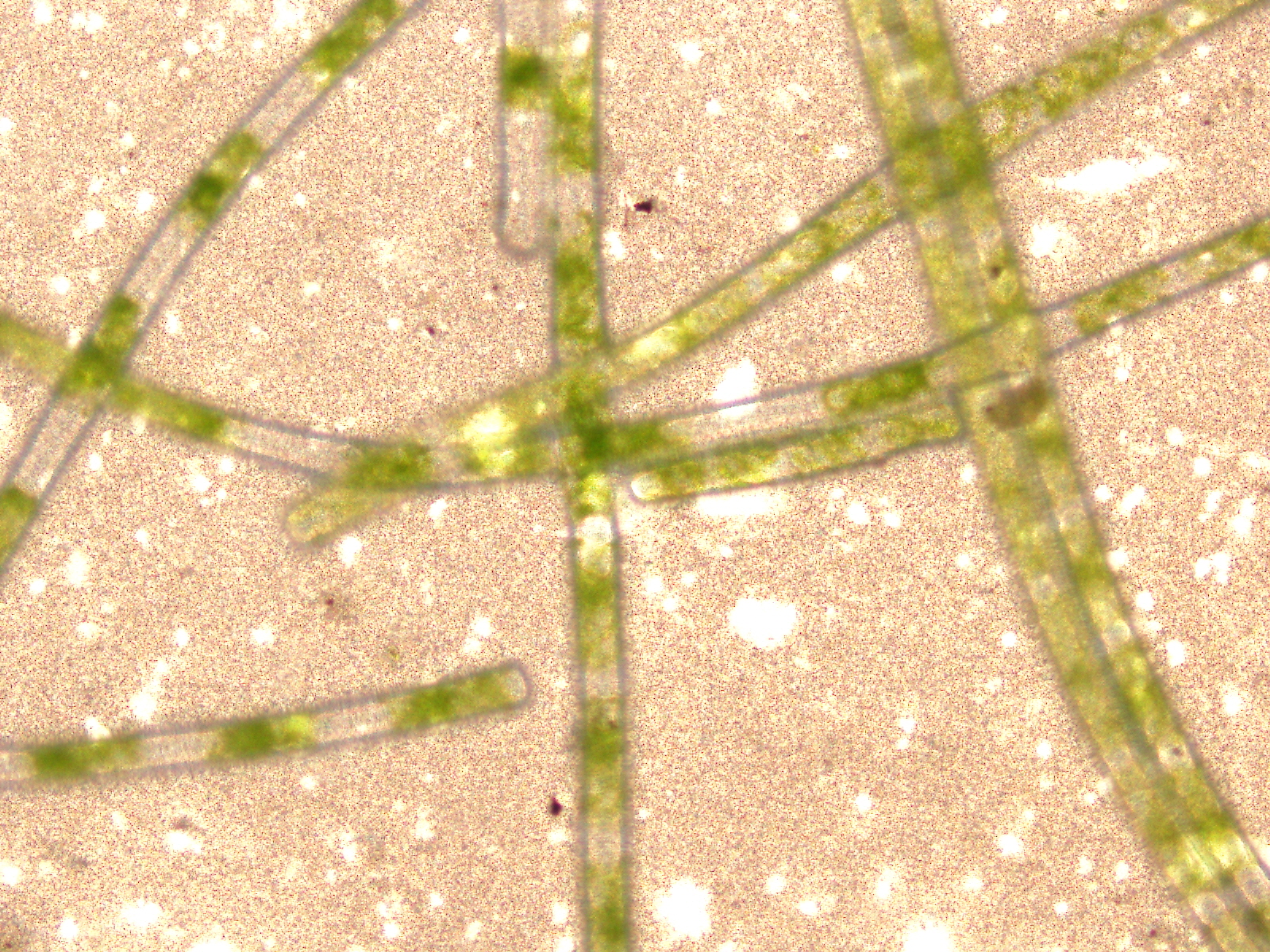 With the Algae Biomass Summit being held in Orlando, FL last week (“The Largest Algae Biomass Conference in the World!”), I felt that it was an opportune time to write my first algae post. The main goal of the convened researchers and algae-growing operations is to feasibly produce biofuel precursors from microalgae at commercial scale (in other words, make more energy than what you put in). Additionally, other components of algae can be used for many other products, such as food additives, to make the processes more profitable.

To grow algae, you need the following basic “ingredients”: light, water, carbon dioxide, and nutrients. Some algae are different in terms of their specific nutrient requirements and environmental growth conditions, but these are the broad categories of ingredients that much thought must be put into before growing algae on a large scale.

An obstacle is that these ingredients can become very expensive when algae are produced at commercial scale (unless you’re using direct sunlight, that’s still free). These costs are one portion of the overall costs of operating an algae biofuel plant (Park et al. 2011 cites that water, nutrients, and carbon dioxide make up 10-30% of production costs). Growing algae with all “brand new” ingredients is not economically feasible, which is why many research studies have focused on using wastes or other by-products for the water, nutrients, and carbon dioxide used in large-scale algae growth. These wastes can take on a new purpose for growing algae while simultaneously being treated (in the case of wastewater) or captured (in the case of carbon dioxide emissions), and are much cheaper than the new stuff. I think I just gave Macklemore an idea for an algae-styled sequel to Thrift Shop.

The list below is a sampling of both old and new ideas of waste sources that can lower costs in algae production:

Wastewater/Sewage
Growing algae on wastewater is an old concept, but the process of using wastewater as a water and nutrient source for growing algae for biofuels is relatively younger.  In the United States, wastewater lagoons have been around since the early 1900s. Bacteria in the lagoons grow on organic matter in the wastewater, converting it to more bacteria as well as carbon dioxide. If algae are present, they can take up the carbon dioxide and produce oxygen that is then used by the bacteria. The algae also grow on nutrients like nitrogen and phosphorus, thereby removing them from the wastewater (nutrient removal must occur so that the treated water won’t cause eutrophication where it is released).

Wastewaters from a variety of municipal, industrial, and agricultural sources could be used in large-scale algae growth operations, which would benefit the algal biofuels industry and help with wastewater treatment. For example, one of the more recently funded studies will combine the nutrient of dairy manure and brewery waste to grow algae in close proximity to both a dairy farm and brewery in Vermont. For a class project during my junior year of college, a partner and I tried growing algae in synthetic municipal wastewater (pictured is our set-up of cylindrical reactors- the tubing is to supply air; and the final meager biomass from four of the reactors). Alas, we didn’t have quite enough time to grow dense cultures and develop our green thumbs, but in the process learned potential challenges to growing algae. Recycling nutrients in algae bioreactors will still need to occur to make using wastewater viable, though.

Urine
I said it. If wastewater can be used to grow algae, and urine is one of the diluted nutrient sources in wastewater, could algae grow on urine that hasn’t been diluted? A study published this summer found that indeed algae can grow on non-diluted human urine. Urine provides rich sources of nutrients, most notably nitrogen, and when additional trace metals are added it could serve as an economical growth medium.

Landfill Leachate
Landfill leachate has been tested as an algal growth medium at institutions such as the University of Florida, Drexel University, and Clarkson University. The studies have found that algae can grow on “garbage juice,” as Clarkson refers to it, whether it is diluted or not. Diverting this waste source would also be beneficial to landfills, which need to have the leachate treated or cycled back into the landfill.

Carbon Dioxide Emissions
Flue gas from fossil fuel burning power plants, or other carbon dioxide emitting sources such as cement plants, can be used as a supply of carbon dioxide gas to inject into algae bioreactors, which use the greenhouse gas for growth. This idea is also certainly not a new one and has been used in many pilot studies and considered in many life cycle analyses. This July, a contract was signed in Australia for the construction of an algal biofuels plant at the site of a major coal-fired power plant. Closer to home, Duke Energy  based in Charlotte, NC is also taking part in demonstration studies to capture carbon dioxide from power plants to use for algae growth. A recently announced project in collaboration with the University of Kentucky will build a test facility near a coal-fired power plant in Kentucky.

And just for fun: Your Breath?
If you can use industrial carbon dioxide emissions to grow algae, why not try your personal carbon dioxide emissions? In a symbiotic algae suit designed by Michael Burton and Michiko Nitta, your own breath can provide carbon dioxide to grow algae in an extrabodily appendage of algae tubing. Instead of fueling a car or a jet, the idea is that these algae could fuel YOU, while you look incredible. I don’t think you could buy this one for the twenty dollars in your pocket though.

More seriously, this list is just a sample of some waste sources that can be used to grow algae for possible biofuel applications. Naturally, all of these sources have inherent drawbacks and obstacles to implementation. For example, the algae facilities would need to be geographically close to these waste sources, and the wastes may need to be disinfected before use. But using waste sources or other cheap sources of nutrients, water, and carbon dioxide will be necessary to lower algae biofuel production costs if the process is going to be commercially viable.