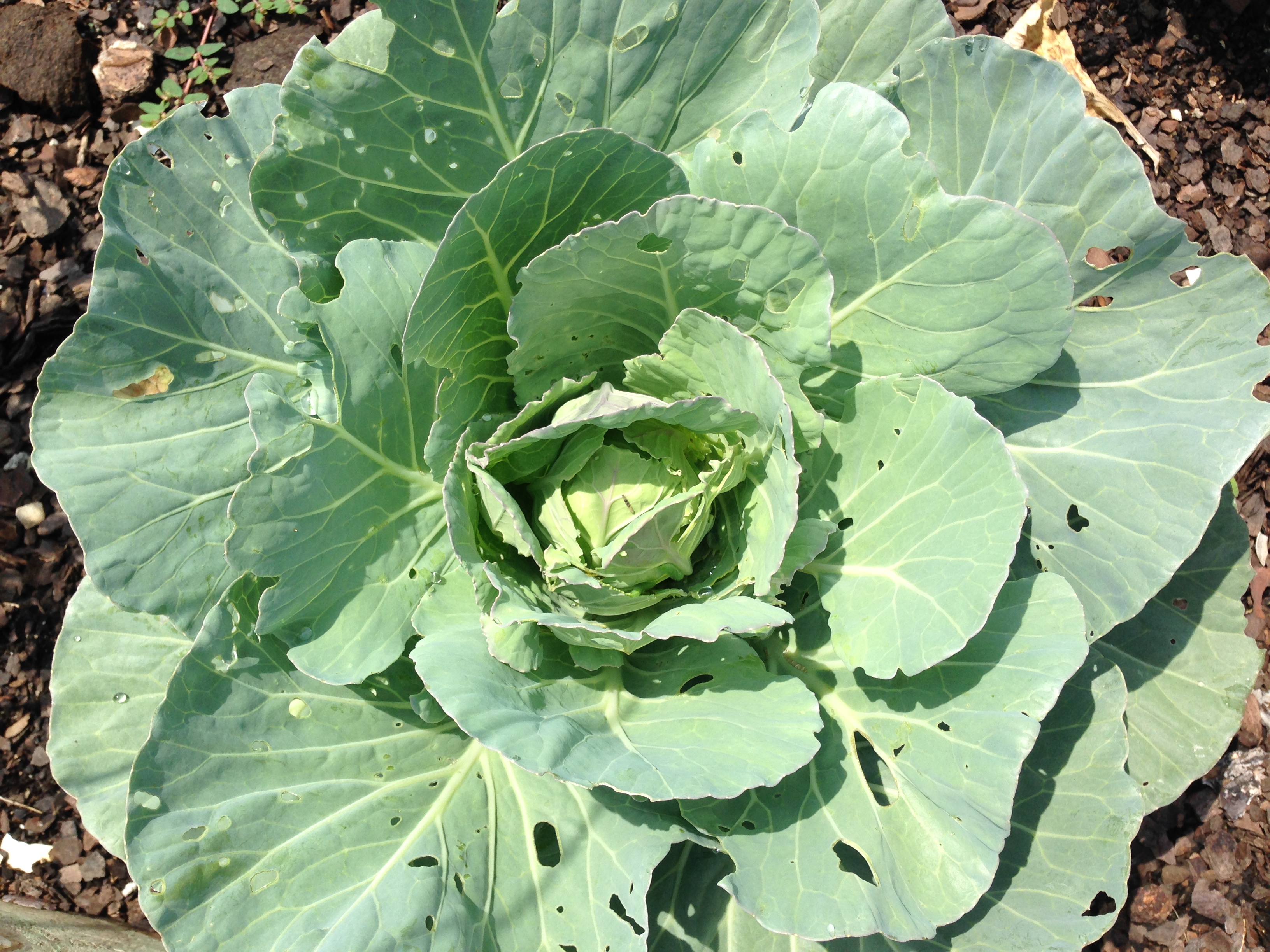 A few nights a week I leave the Marine Lab with dirt underneath my fingernails. This soil and the plants it supports represent the continued efforts of students before me who established and maintained the Marine Lab garden. This year, PhD student Brad Dubik led Green Wave, a student group focused on environmental sustainability, and gained approval for a garden improvement project. The club added three new garden beds to the existing five and planted a variety of unique vegetables in new soil amendment.

I asked Brad about getting involved in Green Wave when I moved to the Marine Lab. He replied with a question: “Do you want to join the garden club?” The garden club consists of graduate students who care for the garden by watering, weeding, harvesting, and planting new crops.

What are the fruits of the club’s labor? Produce from the garden includes different varieties of tomatoes, peppers, artichokes, mixed greens, red potatoes, radishes, red onions, kale, Brussels sprouts, cabbage, eggplants, sweet potatoes, basil, rosemary, and more. I admit that I ‘d never seen some of these plants before they’d been plucked from the ground, so learning how they grow and how to harvest them was exciting.

For example, all the potatoes I’d previously eaten had been dug up for me. “Look at that one!” I exclaimed as we dug up tubers from beneath the soil. The size of the red potato I pointed to would not have impressed me in a grocery store or at a farmer’s market, but compared to some others we were digging up it was a giant. “Look for more farther down,” Brad advised, “they tend to fall off the roots when they get heavy.” We searched for more potatoes in what felt like an underground Easter egg hunt, and ended up with a respectable yield.

Not every crop always turn out successfully, though. Gardening is a learning process in timing, local climate, and the neediness of different plants. I’m grateful for being able to learn more about growing produce, so that I can maintain my own garden in the future. Additionally, working in the garden provides a welcomed degree of messiness after the sterility and precision of lab work.

Although much smaller in scale than the Duke Campus Farm, one of the garden’s missions is the same: provide access to local, sustainable food.  To take that mission further and provide access to organic waste disposal, Green Wave also restarted the compost program on the island this year. The compost bin is used by the dining hall, the garden, and anyone willing to throw their lunch scraps in it.

The garden faired pretty well after Hurricane Arthur, and after harvesting some vegetables we have space for new crops to be harvested in the fall. Squash, anyone?

2 thoughts on “Garden to Fork”