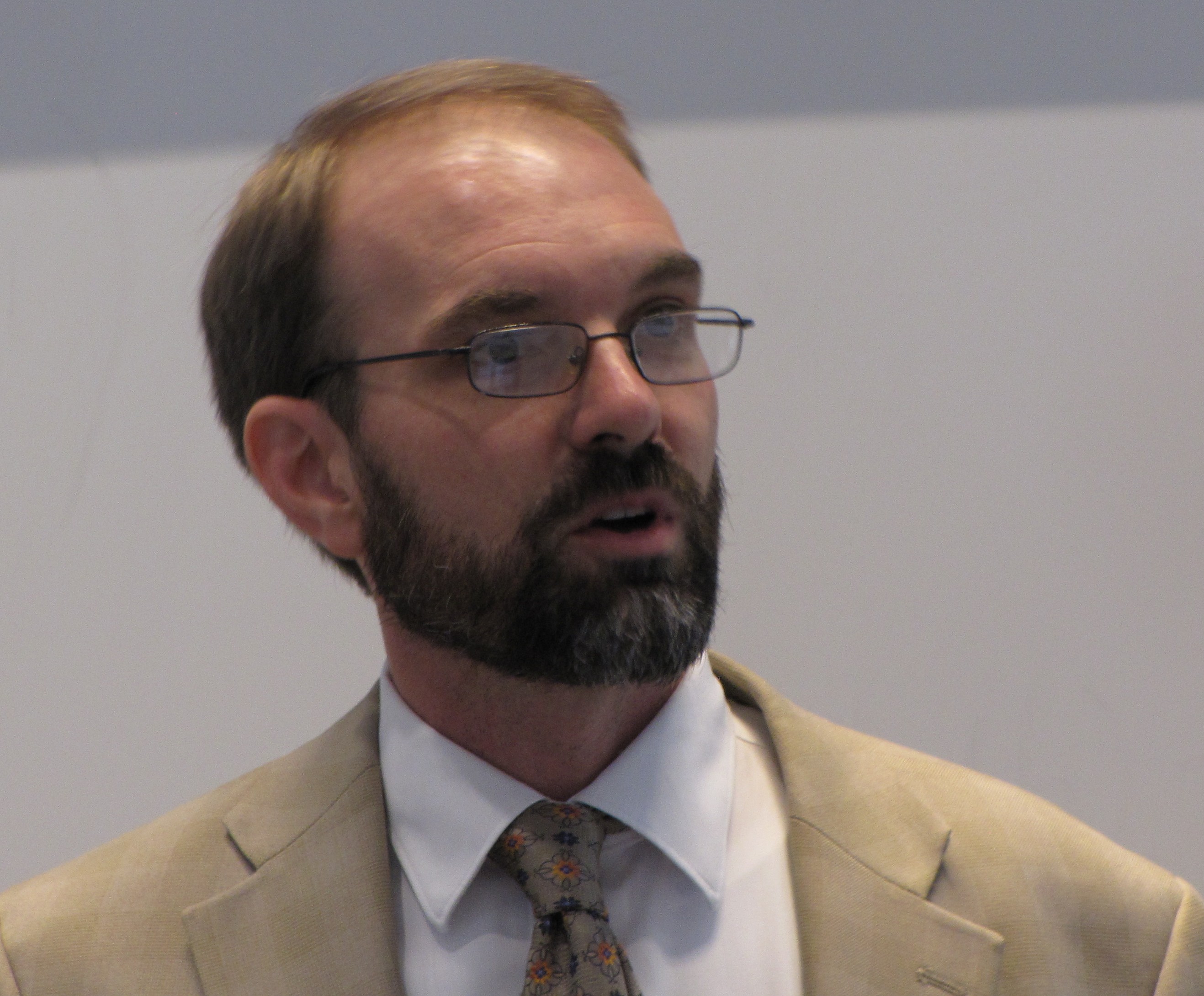 First of all, thank you to Dr. H. Spencer Banzhaf for coming back to your alma-mater to highlight an important intersection between Environmental Economics and Christian Ethics. As far as I see it, environmental economics has the task of translating the value of nature so that it can be understood in market terms. Critics find this task to be problematic for a variety of reasons. This can be seen in discussions about pricing ecosystem services (here). However, given the scope and reach of free-market capitalism in the United States and globally, the task of translation, often in monetary terms, seems inevitable.

His offering for us was to put Christianity as a discussion partner with economics: a Christianity, he suggests, which overturns these economic biases. Banzhaf also pointed to Aldo Leopold’s A Sand County Almanac to highlight what he called a Republican (as in Republic) approach to economics.

While Banzhaf didn’t clearly specify that he was talking about a Christian Land Ethic, I suspect he was, and I will go ahead and make this connection. The benefit of such an ethic for environmental economics is that it essentially provides a frame to orient the application of environmental economics, keeping what tends to be narrow, wide and directed toward proper ends.

Banzhaf outlined three modern currents in economics: liberal (individual focused), utilitarian (expert driven), and republican (community based). He lifted up the republican approach as in keeping with Leopold and able to direct the main tool of environmental economics (benefit-cost analysis) toward congressionally defined ends. There is still the difficulty of translating environmental economics, which holds to economic theory, as something which is conversant with the ecological and theological critiques of economics.

During the talk, I sat with a prominent Duke theologian at my left (Dr. Norman Wirzba) and a prominent Duke environmental economist in the row behind me (Dr. Reed Johnson). Norman Wirzba prominently inquired “where is Jesus in any of this?” Dr. Johnson probed “I want you to do some theology,” gesturing toward the relationship between the fundamentals of human nature and the raison d’etre of religion.

I think these questions of wanting to hear more of this theological material are characteristic of the basic problems with economics that Banzhaf identified. Environmental economics has a lot to offer in naming market failure where it lies and expanding the scope of economics’ imagination. However, it is immensely challenging to square economic claims on nature’s value with Christian claims on nature’s value, for one thing.

For instance, Banzhaf noted that Creation is stated to be good in Genesis 1, and that human’s role in Creation is further developed in Genesis 2. However, when attempting to apply the language of environmental economics to these texts, something is quickly lost. This does not seem to be Banzhaf’s attempt, but I think it highlights basic problems in this discussion.

As a thought exercise, think about the familiar story in Genesis 2 where Adam and Eve are expelled from the garden. Try to imagine this as a trade-off between material wealth and environmental quality. Something is merely gained while something else, something equally neutral and inconsequential, is lost. For the same reason that this does not fully communicate the text, environmental economics will have problems speaking to the full range of what has value. At the same time, economics has offerings for conservation that theology does not. Banzhaf highlighted an example in which the economist in the row behind me, Dr. Johnson, was involved: the Tellico Dam case, brought about by the Endangered Species Act.

The case of the Tellico Dam where, though 95% complete, the benefit of the dam’s completion was not judged to be worthwhile given the costs, such as the value of the land it would flood. Dr. Johnson suggests that in this case, though the benefits were slightly greater than the quantifiable costs, the preservation goal was upheld due to the recognition that value existed which was not quantifiable (Johnson 1981).

Though it is a challenge to have fruitful cross-disciplinary discussions, I applaud Dr. Banzhaf for doing so. This work is clearly needed and I’m sure much more can come from this discussion.

One thought on “Dr. Banzhaf speaks on Environmental Economics and Christian Ethics”