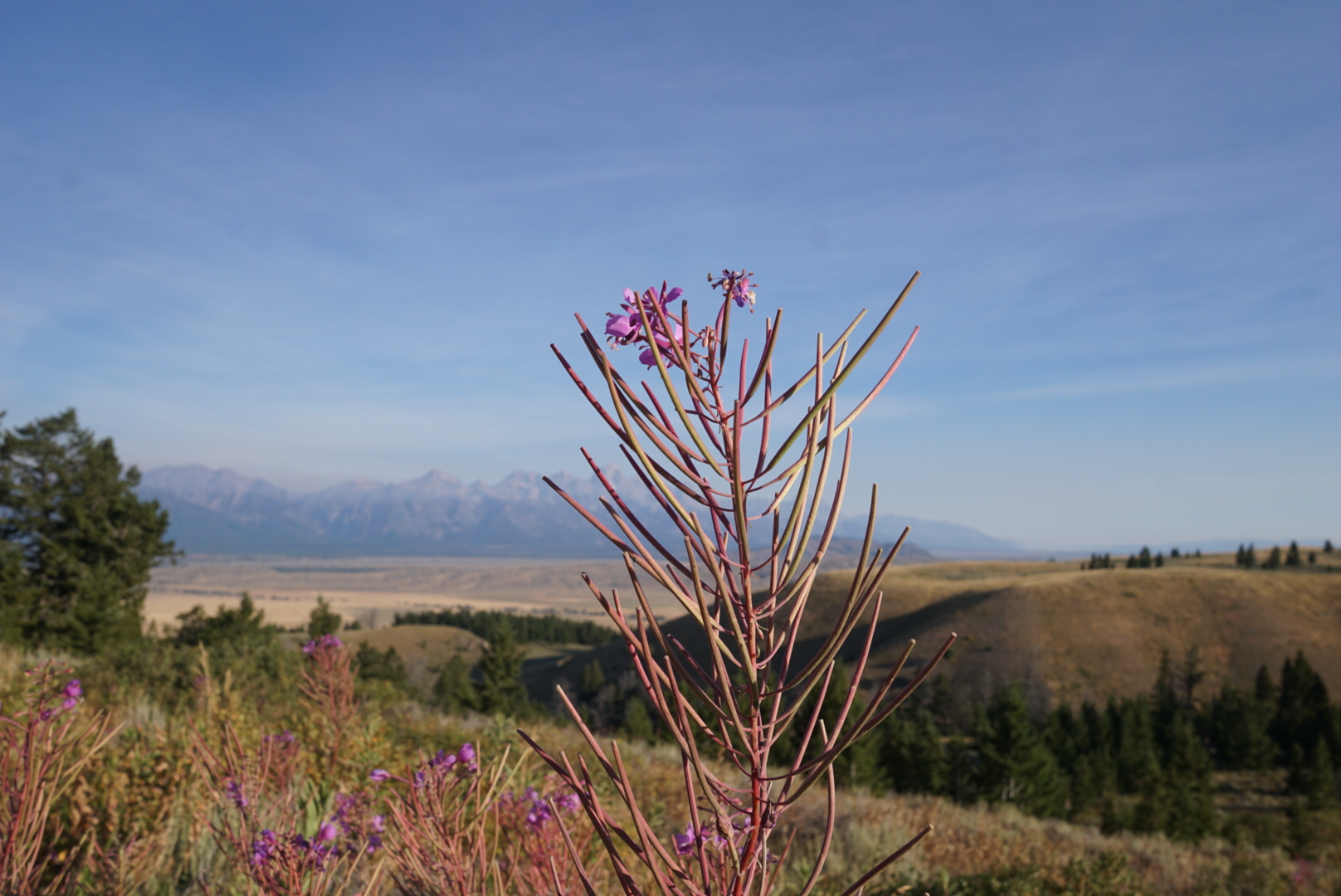 We drove out of the mountains from Banff, Alberta, and crossed the border back into the United States. The mountains with their snowy peaks had long given way to flat grasslands and a steady, dark rain. Moving into the heart of Montana, we headed south down the eastern side of Glacier National Park. As we drove, the hills slowly began to reappear, rolling along on either side of the road. The grasses waved their soft, yellow stalks at the thickening clouds. Shallow rivers snaked through the countryside, rimmed on both sides by dark green shrubs.

The land through which we drove was clearly ranching country. Everywhere I looked, thin wire fences marked boundaries that I didn’t understand, striking off in straight lines like stitches across the vast expanse of prairie. The wooden fence posts leaned slightly, weathered and bleached. They seemed tired, spent after many years paying witness to the passing of seasons in this harsh and beautiful place. Cows roamed the yellow grasses. Some lied down, chewing in methodically in their strange circular way. The calves had grown up by now, reaching the shoulders of their mothers.

Hardworking ranch horses stood out too against this vast grassland, settled into small herds while they awaited their evening grain.

As we passed by, a beautiful, light-boned paint struck an impressive pose against the clouds. Her tail whipped in the wind, and her nostrils widened, inhaling the wet air.

The skies looked almost purple, and the clouds had begun moving more purposefully now, billowing up in large, warning mounds. Their threat of a lightening storm was real, and soon huge arcs of lightening shot down from the sky all around us. The bolts split into branches and lit up like upside down trees as they hit the ground in loud cracks.

Montana ranks 48th in population density, and its easy to feel free here, surrounded by so much open space. It reminds me a little of home, to see so much sky again.

We passed by an old homestead house, golden prairie grass growing on its slumping thatched roof. I looked out the window to the west, towards the Continental Divide. The rivers are interesting here—Montana is a rare geographic area in that its waterways form three major watersheds. Where two continental divides meet at the Triple Divide Peak in Glacier National Park, the water splits off in three directions—emptying into the Pacific Ocean, the Gulf of Mexico, or into the Hudson Bay.

The rivers here held a deeper blue than in the Canadian Rockies, although they still ran crystal clear. As we drove, we passed men walking out in waders, expertly flicking their fly lines into gentle ripples. The clouds began to open again, just in time for us to notice a herd of pronghorn antelope walking slowly through the prairie. The animals are not actually a true species of antelope, but rather much more closely related to giraffes and okapis. They are the fastest land animal in North America, and they look it—walking on slender, tightly muscled legs tapering down to tiny, fleet hooves. They seemed utterly at home there, under the wide sky. The view was an ancient one.

As we drove on further into the evening, the stars began to peek out. The Universe feels closer here, in this open land, almost as if the sky presses down onto the land, flattening it until it becomes its yellow mirror.

I am thankful, I realize in this moment, for this road trip. I am thankful not just for the places that I get to know, but for all the places where we barely scratch the surface.

I’m thankful for the window views, for the miles traveled, for conversations at roadside fruit stands that I always wish were longer.

Realizing how much more there is to see and know and feel makes you stay hungry always. We (my boyfriend and I) have already made a million plans to return to all the places where we cannot stop this time.

This Montana landscape, for me, has definitely become one of them. As we drove, I closed my eyes, imagining rowing down rivers and riding across the plains. I hope to return to photograph the silos and wooden houses in the hills, to learn the land’s history and its people, to feel the soil, to experience the seasons, to eat from its land and drink from its rivers. We live in a beautiful country, in a beautiful world, in a beautiful Universe. I hope we never forget it.