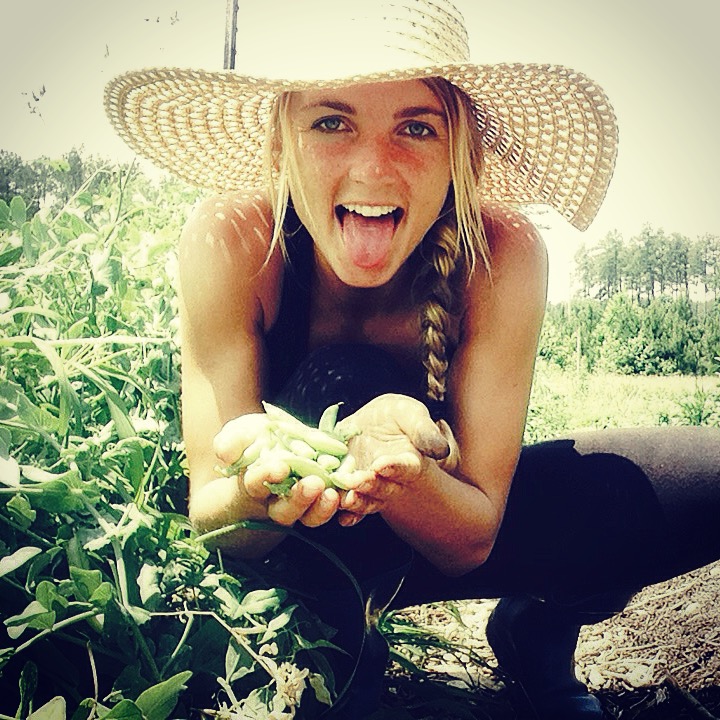 There was an Op-Ed in the New York Times written a year ago by Bren Smith titled, “Don’t Let Your Children Grow Up to Be Farmers”. I found it sitting neatly folded on my bedroom desk, placed there by my parents. I was tired and dirty, having spent the day weeding beets and harvesting onions at one of the small-scale organic vegetable farms that I was working at that summer. Participating in the “Farming Institute”, a 9-week intensive program designed to teach aspiring farmers in Iowa the intricacies of organic agricultural practices, I was in the midst of learning about crop rotations, seeding, planting, harvesting, pest control, plant disease diagnosis, CSA delivery and management, and soil care. Holding the soft newspaper pages aloft with my dirt-covered fingertips, my eyes flew across the printed lines. I was angry. The list of challenges facing small-scale, ecologically-minded farmers is long, and it can be disheartening to learn about for anyone interested in environmentally sustainable food production. However, to suggest that the solution to the systemic and structural (not to mention physical and environmental) challenges facing diversified organic farms was to give up (and to persuade your children to do so) infuriated me. The body of the article actually seemed to push forward a very different message than its title suggested, demanding that “we [farmers] start our own organizations—as in generations past—and shape a vision of a new food economy that ensures that growing good food also means making a good living”. Promoted by many farmers that I have worked for over the years—creating a community support network of small farmers to begin turning things around—a farmer-based movement is, I think, essential in successfully lobbying for and enacting policies that protect and support small-scale and diversified agriculture. Still, the title of the piece, “Don’t Let Your Children Grow Up to Become Farmers”, continued to stare back at me, and I fumed. The truth is, farming is scary (poor government policies, large agricultural companies, climate change, and the difficulty of creating a customer base aside). While the rest of us our refresh our emails and Facebook pages, farmers spend countless furtive moments checking the skies and reviewing the radar. In my summer with the Farming Institute, I had the misery of experiencing both ends of the spectrum of weather disasters: a 9-inch June rainstorm that drowned fields, and a July drought that did its best to burn everything to a crisp. Yet the weather was not the greatest adversary that we faced. Walking up and down the crop rows, I spent each morning learning to search for bolted plants, newly hatched pests, and rapidly encroaching weeds. Despite our greatest efforts, the unexpected too often reared its ugly head. I grimace as I remember frantically running with my fellow interns and a farmer to the barn to save the year’s onion crop (which had been left out on racks for several days to dry) from being lost in a freak thunderstorm. I think back to examining with horror the deep bruises inflicted upon one of the farmers by a runaway tractor (that had run her over). I nearly cried watching squash vine borers destroy row after row of squash plants, eating them from the inside out until it looked as though small grenades had been launched onto the crop field. I cringe thinking about walking endlessly down row after row of small potato plants, furiously squishing ravenous potato bugs intent on demolishing the plants’ fragile leaves. Farming is not an easy life. In fact, it is dirty and long and hot and exhausting and stressful and even terrible.

But it also beautiful. It is raw. And it makes you feel very, very alive. It brings you to experience the fragility of life, in all its most terrifying and glorious ways. Farming causes you to develop a profound understanding of humanity’s dependence on the natural world. It teaches you to appreciate the sun and the rain and the food you eat viscerally, intellectually, emotionally, soulfully. Farming leaves your mouth longing for August tomatoes months after the summer harvest is over. You can close your eyes in December and can still feel them fresh off the vine and sun-warmed in your hands. Farming is the bug bites and the baby frogs. It is the heat of the sun and the coolness of mud after a long rain. It is the achingly early mornings, but the softest of sunrises. No, for many farmers their profession is not a very profitable one. Yes, it is often hard, it is stressful, it can even border on frighteningly precarious. The choice to become a full time farmer is a terrifying and difficult leap for anyone. And many fail. Yet, I hardly know a single farmer that has made the decision to farm and, looking back, would choose any other life—a farmer who doesn’t feel that they are making a difference, who doesn’t feel like the life they have chosen is meaningful and important and worthwhile. And the world depends on it.

As a consequence of the past decades’ headlong leap into mechanized and monoculture production, we are losing our soil at an astonishing rate. Last year, the Environmental Working Group reported that we lost over 15 million tons of soil in Iowa over the past year alone. We are also witnessing massive declines in honeybee populations, with hive losses reported up to 90%. Many of these losses can be attributed to pesticide use, parasites, poor nutrition (as a result of monoculture production and low available pollen diversity), and the stress inflicted by heavy hive transport. Unfortunately, the economic costs of honeybee declines are astoundingly high. Unbeknownst to many, pollinators contribute over $24 billion to the U.S. economy annually. In addition to our bees, the tools of the Green Revolution are poisoning our water supply. Synthetic fertilizer runoff continues to create massive eutrophication events, most notably in Lake Erie and in the Gulf of Mexico. Beyond that, we are poisoning our people, with chronic pesticide exposure among farmworkers linked to the development of “diverse alterations of the digestive, neurological, respiratory, circulatory, dermatological, renal, and reproductive systems”. Although a renewed interest in food quality, the environmental impact of the food system, human health, and local food security and economic vitality has breathed hope into the fight for small-scale, ecologically-minded, diversified, and organic agriculture, small agricultural towns continue to disappear. Sadly, with these communities goes a way of life: traditional food networks dismantled, old agricultural knowledge lost, and an entire generation now reaching adulthood with little to no knowledge about food, or how to grow it. Many, many policies must be enacted to support small and ecologically minded farmers. Small-scale diversified and organic agriculture desperately needs to be monetarily supported, celebrated, cultivated, researched, participated in, and lobbied for in every way possible. While large-scale, industrial agricultural practices have allowed us to efficiently produce, package, and transport major cash crops, they have made our future ability to grow and produce food tenuous and uncertain, and disconnected the vast majority of people from the food that they eat.