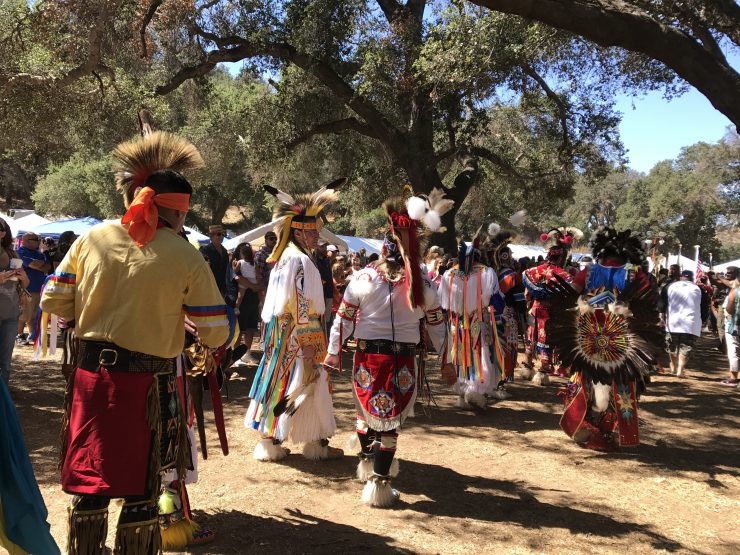 Two years after the signing of the Paris Climate Accord, not one industrialized nation has met their submitted proposals for curbing greenhouse gas emissions. Most gallingly, President Trump actually sent representatives from energy companies to COP23 to promote coal, natural gas and nuclear energy (a presentation that was met by loud jeers from organized protestors).

This is where we, as citizens of the United States, must come in. And who are the people we should be looking to? In many ways, the Indigenous Nations of the Americas.

Growing out of a Seattle-led Indigenous divestment campaign in January 2017, the activist organization Mazaska Talks (Money Talks), has become an influential piece of surging international resistance against fossil fuel projects and the repression of Indigenous land rights and culture. The historic Standing Rock protest against the Dakota Access Pipeline perhaps most movingly encapsulated these issues, bringing the struggle for environmental justice, climate change mitigation, cultural preservation and Indigenous autonomy to the international limelight.

Today, questions of environmental protection and human rights are again coming to the forefront of the national policy debate. Just this month, legislators again proposed drilling in the Arctic National Wildlife Refuge, against the will of the Gwich’in people. President Trump has indicated that he plans to shrink Bears Ears National Monument, an area currently managed by the Bear Ears Inter-Tribal Commission. In addition to shrinking Bears Ears, Secretary of the Interior Ryan Zinke has also formally recommended opening up the Grand Staircase-Escalante National Monument to mining.

Most (if not all) Indigenous cultures are strongly rooted in the knowledge that our survival is irrevocably intertwined with the health of the planet. Over the past decade, a spiritually driven resistance has formed, as more and more Indigenous peoples have begun to speak out against widespread environment destruction, fossil fuel dependency, and both the historical and present-day injustices that they continue to face on their lands. Mazaska Talks has joined this movement by demanding that banks stop financing the repression of indigenous rights, human rights abuses and environmental degradation. Most recently, the group organized a Global Divestment Campaign in response to an international meeting organized by 92 banks, including major financiers of the DAPL pipeline.

Convening in Sao Paolo, Brazil, banks from around the world met to consider and share policies on the climate and Indigenous People’s rights to Free, Prior and Informed Consent (FPIC). While energy companies commonly consult Indigenous tribes about proposed fossil fuel energy projects on their lands, they often fail to receive consent before moving forward with these damaging and often irreversible projects. Acting without consent on Indigenous Lands, as was done in the case of the DAPL pipeline, is in clear violation the standards set by the U.N. Declaration on the Rights of Indigenous Peoples.

The efforts of Mazaska Talks have been helped by numerous environmental organizations, including Green Peace. Protesters across the U.S. and around the world have warned major banks that if they continue to fund projects that contribute to climate change and back companies responsible for destroying Indigenous land, then they will face persistent and escalating divestment campaigns. Indigenous communities have long battled racism, marginalization, violence, oppression and much more. And yet, especially in the past decade or so, many First Nations have stepped up to the world stage with a powerful message: protect the people and protect the planet. Their demands can’t be ignored. It’s our collective responsibility to stand up to violent behavior perpetuated by both private and public entities against Native peoples and the world we live on. It’s time to set new standards of lawful action, climate consciousness and respect for all cultures and peoples.

If you want to learn more about how to divest yourself and divest your community from the banks that continue to support immoral (and arguably unlawful) fossil fuel projects on Indigenous lands, Mazaska Talks provides the tools, knowledge and community support to do it. By visiting Mazasktatalks.com, you can also take part in 7 Key Action Items that support their most recent divestment campaign, part of an organized global effort to promote green energy, stop the production of fossil fuels, protect Indigenous rights and slow climate change.

Now is the time to join a rising tide of activists and compassionate people around the globe who are demanding that their savings and investments not be used on projects that cause blatant harm to people and the planet. The tide is slowly shifting and we can all be a part of helping to bring about that change. Trump may have pulled the United States federal government out of the Paris Climate Accord, but he can’t stand in the way of a dedicated citizenry determined to forge ahead. And this is a great way to begin.