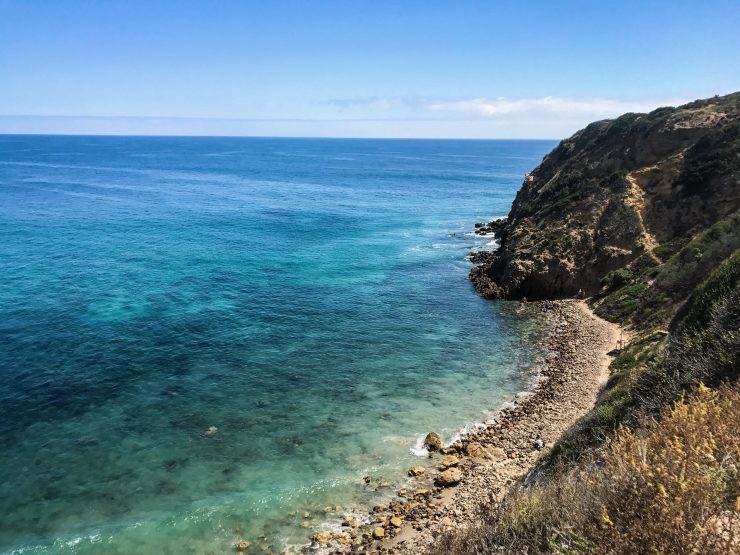 It’s been 58 years since the Cuyahoga River caught fire, spurring the creation of the Environmental Protection Agency and the Clean Water Act of 1972.

In the years since, we’ve failed numerous times to update legislation and/or introduce new regulatory polices to protect our air and water. Governmental bodies have watched by the wayside as pollutants and sources of pollution have evolved – eroding the safety of public drinking water and damaging our aquatic ecosystems. As we start to acutely feel the negative effects of outdated regulatory policies (and sometimes simply a lack thereof), its time to push for change.

In my home state of Iowa, and throughout most of the Midwest, industrial agriculture has dug in, increasing the pesticide load on the environment, as well as both the size and frequency of eutrophication events and algae blooms in our nation’s lakes, rivers and oceans. Hundreds of thousands of people lost access to drinking water for days in 2014 when Lake Erie filled with toxic slime caused by farm runoff. The Gulf of Mexico – which is fed by the Mississippi River – continues to suffer from one of the largest eutrophication zones in the world. Iowa’s drinking water contains levels of nitrates associated with some types of cancer.

Meanwhile, the woefully inadequate Toxic Substances Control Act has so utterly failed the public that cosmetics and body products are legally allowed to contain known carcinogenic chemicals. The production and distribution of plastic has increased exponentially, poisoning our waterways and even the flesh of our beloved seafood. The United States is long overdue for regulatory innovation and legislative revision. As water quality and human health suffer, it’s time to tackle something we’ve struggled to take on in the past: non-point sources of pollution. On June 22, 1969, oil-coated debris on the Cuyahoga River caught fire. Photos of the fire circulated widely, helping to catalyze the modern environmental movement. After Time Magazine ran an article about the fire, an aghast nation rallied behind the establishment of the Environmental Protection Agency and the passage of The Clean Water Act. Ushering in sweeping environmental regulations, the Clean Water Act substantially cut down on the dumping of industrial waste, sewage and other pollutants into our waterways.

While the impacts of the Clean Water Act have been wonderful (the elimination of oil-slicked rivers, for one), the law generally tackles only easily managed and regulated “point sources” of pollution (factories, treatment plants, etc.). What we’re facing in 2017 is more difficult to control: unregulated toxic chemical use (think cosmetics, body products, household cleaning materials, paint, etc.), the proliferation of plastic, and industrial fertilizers, pesticides and herbicides.

As long as humans continue to innovate and create new products, we will need nimble legal bodies to test and regulate them. Protecting the public and our environment from toxins is not a one-and-done deal. As the nature of pollutants and their sources change, so must our laws. And, while the Clean Water Act provided a critical foundation for national environmental legislation, it’s no longer sufficient. These days, Lake Erie and other bodies of water are signally that we’re up against new challenges that desperately need to be addressed. This September, Lake Erie was inundated with so much cyanobacterial growth that Toledo, Ohio, Mayor Paula Hicks-Hudson finally called for classifying the lake’s western basin as “impaired”. At its height, the lake’s algae bloom covered more than 700 square miles, turning the water an iridescent green and terrifying local residents. If the lake wins an “Impaired” designation, the EPA’s 303(d) Program can be activated and assist in determining the maximum amount of pollutants allowed in the waterway. However, actually tracking and slowing the flow of pollutants into the lake will be difficult, as many of the primary pollution sources (think farms, lawns and medicine cabinets) are difficult to identify and control.

Lake Erie has actually been turning a disturbing green every year for the last decade or so. The water’s unnatural-looking color is but one telltale sign of a toxic algae bloom, caused by chemical fertilizers used ubiquitously by the region’s conventional farms and nitrogen-rich excrement from confined animal feeding operations (CAFOs).

When combined, shallow water, sunshine and excess phosphorous and nitrogen from fertilizers commonly bring about harmful algae blooms. It appear as thick mats or swampy scum on the surface of lakes, ponds and rivers. Harmful Algal Blooms, or HABs as the Ohio Department of Health refers to them, can produce a range of toxic chemicals in the form of neurotoxins (dangerous to the brain), hepatoxins (affecting the liver) and dermatoxins (harmful to skin).

For a lake that provides drinking water for at least 3 million people, HAB’s are a serious problem in Lake Erie. As mentioned above, in 2014, high levels of the toxin microcystin in Lake Erie forced Toledo, Ohio, to close down the drinking water supply to half a million people. The majority of the lake’s pollution originates in the Maumee River, which delivers half of the phosphorus found in the lake, 85% of which comes from chemical fertilizer runoff.

Researchers tracking the biological phenomenon of algal blooms in Lake Erie since the 1980s have watched as the blooms continue to increase in size and scope, a trend that closely mirrors the rise of industrial agriculture in the region. Climate change has played a role as well and local experts around Lake Erie say that stronger storms have carried greater amounts of farm nutrients into the rivers and streams that feed the great lake. As storm intensity increases across the nation due to climate change, The Carnegie Institution for Science predicts that the frequency of extensive algae blooms will continue to rise throughout the entire continental U.S. The production, distribution and (often single) use of plastics has exploded in the last decade. If you haven’t watched A Plastic Ocean on Netflix yet, I highly recommend that you sit down with a reusable water bottle and watch it now.

To provide a summary of the problem, essentially we’ve begun producing a mind-boggling amount of plastic, and we don’t know what to do with it. BPA is but one of many toxic chemicals found in plastic and we’re now absorbing these chemicals constantly (through our water bottles, food packaging, etc.). Some plastic products are recyclable, albeit through an energy-intensive process. Most plastic ends up in landfills, though, where it sits for the next thousand years, slowly breaking down into its various unsavory components.

Unfortunately, a lot of plastic also ends up in our oceans, lakes and streams. Once exposed to sunshine, plastic begins to break down into tiny microscopic pieces ingestible by fish and other sea life. In the guts of fish and marine mammal species, the plastic pieces are broken down by digestive enzymes into their base ingredients and taken up by the animals’ cells. When we eat the seafood, we absorb and slowly begin to accumulate the toxins as well.

The Toxic Substances Control Act is grossly inadequate in protecting anyone. Most commercial products produced by industry are tested and regulated only after they’ve been shown to cause harm. The proliferation of untested body products, cosmetics, cleaning supplies, paints, solvents, industrial materials, pesticides and more is terrifying. Without third-party verification and extensive long-term studies, we have no way of knowing how harmful many of these materials are until it’s too late. By some estimates, there are now 60,000- 80,000 unregulated chemicals being freely used by people in their homes, on their lawns and fields, and in their workplaces. Plus, we have no understanding of what happens when many of these materials mix together (in our waterways, for example).

So what do we do?

Here are a few suggestions that have been communicated by scientists, policy makers, lobbyists, and, well, myself:

Some of these statements might sound bold, but frankly, our planet and survival depend on us taking bold steps that challenge irresponsible industry practices and the status quo. In the 1970s, fire on our rivers woke us up. Today it’s cancer and green slime. I hope that this time, we’re again listening.