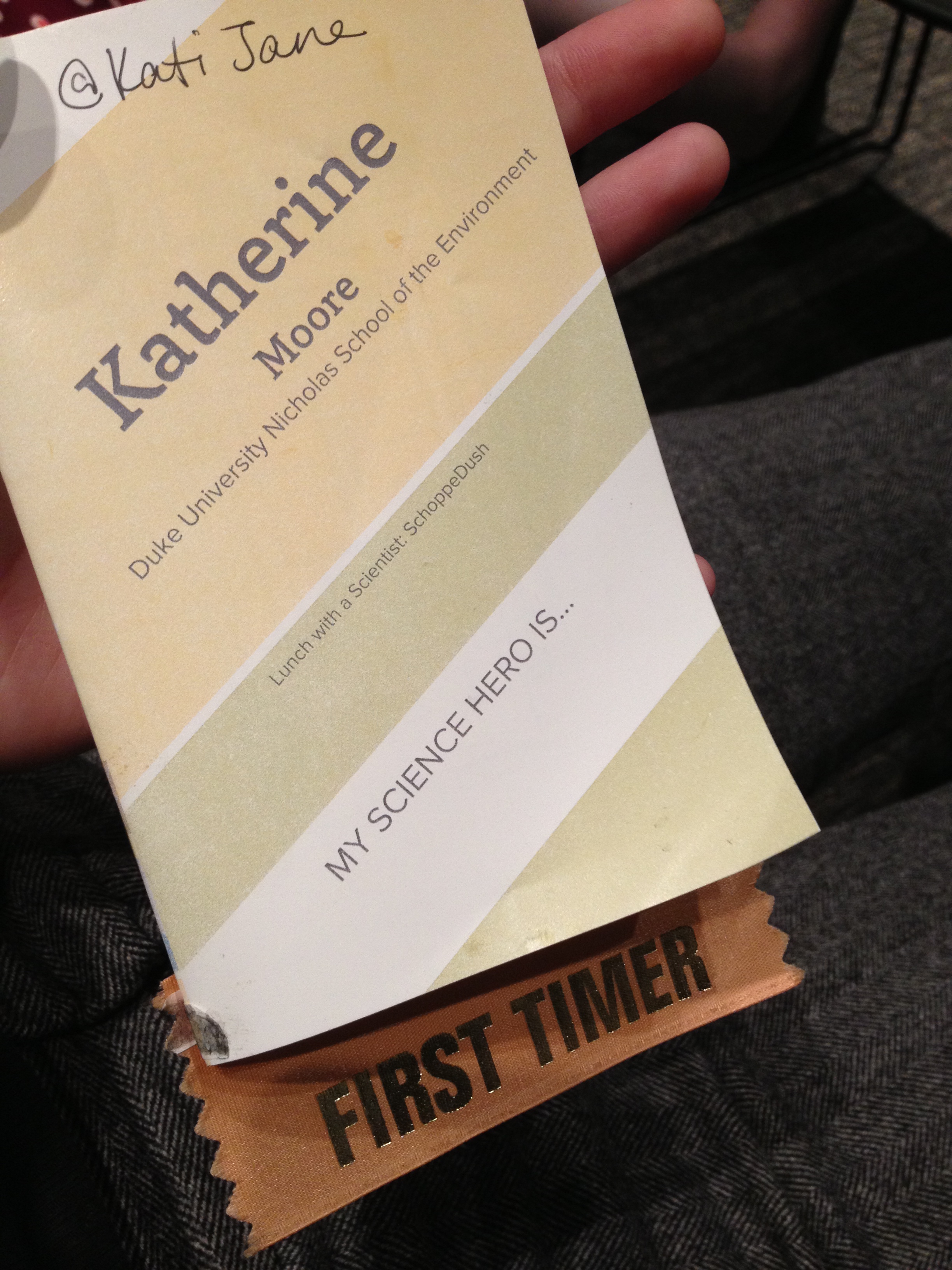 Last weekend I attended Science Writers 2014, the annual joint meeting of the National Association of Science Writers  and the Council for the Advancement of Science Writing in Columbus, Ohio. The conference included career workshops for science writers, talks by scientists on recent research, and social events every evening.

I’ve been interested in science writing for a long time, and I currently work as the Nicholas School Communications Student Assistant, writing articles for the Duke Environment website and magazine. I wanted to go to this conference mainly to meet other people doing science writing. Fortunately that seemed to be the main goal of most everyone else there too, which made it very easy to talk to new people. I ended up meeting many freelance science writers, public information officers, and other graduate students, both in PhD science programs and in science writing master’s programs.

Science writing is an interesting field in that almost no one enters it head-on. Everyone starts out as either a scientist or a writer, and at some point decides they want to combine the two. Some people attend graduate programs in science writing, but many people later in their careers just jump into it, either by choice or necessity. They may have been the only staff writer at their local newspaper willing to cover the science stories. Or they may be PhDs who realize they’d rather write about research than do it themselves. My goal is to enter the field a little more directly – going to school for the science and policy education but getting the writing experience along the way.

One reason I’m so passionate about science communication is that science is meaningless if it exists in a vacuum. Sure, scientists can read each others’ work in peer-reviewed journals, but the population that actually has access to and can understand those articles is fairly limited. I believe in the importance of public understanding and access to interesting research.

The field of science communication is broader than just translating research findings, but as that is my main objective as Communications Assistant, and what I spent the last four years working on at Carolina Scientific, my main focus as a science communicator right now is putting complicated research into understandable terms.

Science communication is a huge field though. There are so many other important applications for it – advocacy, conservation, environmental education. To at least a small extent, every student at the Nicholas School needs to be a science communicator – to translate your research, to inform policymakers, to educate children and adults, to explain how and why you’re making a difference. Even if my career path doesn’t lead to science writing full-time, I will need to know how to do these things, and I hope to do them well.

To close, here are three things this conference made me realize:

1. Live-tweeting talks can be really cool. Throughout the conference, people were tweeting nuggets of wisdom from the career workshops and interesting pieces of information from the science talks in real-time. It allowed me to tap into the online conversation happening at the conference – a layer I would have missed out on otherwise.

2. Twitter is an amazing networking tool. Twitter is by no means a substitute for in-person interactions. But at least in the Twitter-happy science writing world, it lets you discover other people in the field very easily. And a piece of information you got about someone from Twitter is a perfectly acceptable conversation starter if you are able to meet them in person.

3. Science writing basics hold true at all levels. One of the coolest sessions was the Pitch Slam, where brave writers had one minute to propose a story idea to a panel of editors of nationally recognized science publications. Almost every piece of feedback was something I’d heard in my undergrad introductory science journalism class: Do your homework – don’t write something that’s been done before. Consider your audience. Emphasize what’s surprising – or in journalism talk, don’t bury the lede. Use people to tell the story. These tips applied in my class, and they apply for Scientific American articles, too.  They apply for anyone telling a science story.