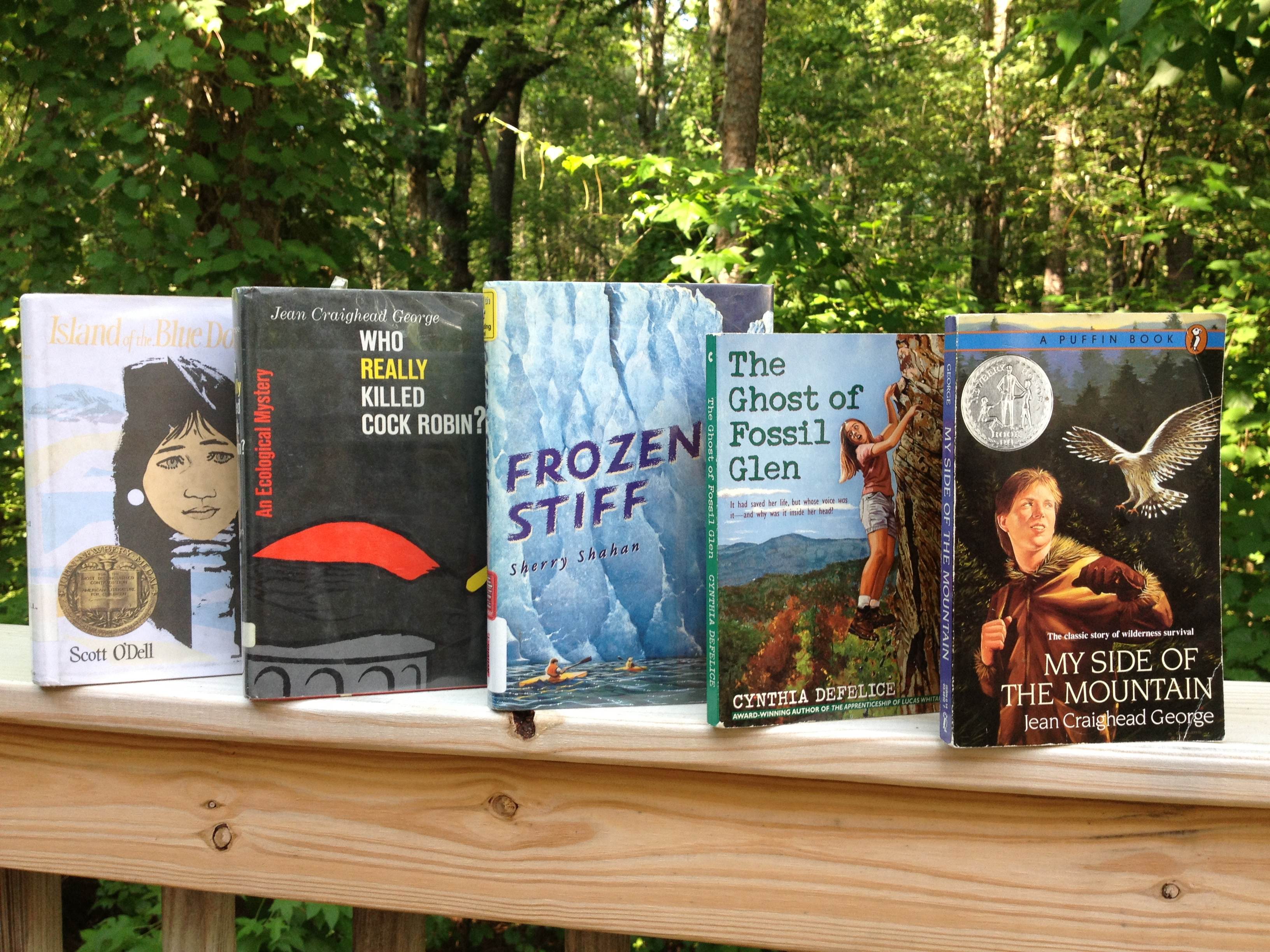 Some people have pretty great stories about what inspired them to work in environmental conservation. It’s usually a single event — one experience that ignited a passion for some particular animal, or one moment that opened their eyes to the multitude of threats facing our precious ecosystems.

My path to conservation wasn’t so obvious. There’s no one experience that I can look back on and say, that was what sparked my love of nature. For me it was more gradual. But I think it started with books I read as a kid, stories about other kids having incredible experiences in nature.

Here are the five I remember most: I probably first read this book in third or fourth grade. Mostly what I remember about it is that the main character, who runs away from home to go live in the woods, figures out how to make acorn pancakes. I’m sure he accomplishes other things too, but what struck me was that fending for yourself in the wilderness maybe is actually possible, even for a kid. Like the boy in the above book, the main character of this book finds herself alone and figures out how to make do with the resources at hand. She goes a step further than subsistence cooking though, and makes a skirt for herself out of cormorant feathers. She’s been abandoned on an island, she’s fending for herself, and she still manages to make something functional and beautiful. I think I can trace my interest in ecology back to this book. It’s about a boy who begins noticing changes in the environment around his small town – the frogs aren’t singing like they’re supposed to, and there are no ants in the park. His observations eventually lead to the discovery that a factory is polluting the town’s water supply.  The idea that a kid could figure all that out just by observing the natural processes around him was pretty impressive to me. This book isn’t about nature or ecology so much as it is about a girl who likes exploring and gets caught up in a murder mystery after finding a note in a secret compartment of her desk. (Cool, right?) But what I most remember are all the trilobite fossils she found on the cliffs near her house. I never became hugely interested in fossils, but I still thought it was pretty cool that she had these little pieces of history in her backyard. I used to read this book every summer. Two kids in Alaska “borrow” some kayaks while their parents are out of town and paddle up a fjord to see the glaciers. They intend to camp a night or two and then return home, but a calving glacier causes massive flooding that washes away half their gear, and adventures ensue. This story definitely inspired my love of kayaking, but didn’t exactly motivate me to paddle an Alaskan fjord.

I think the fact that my love of nature stemmed from reading, and not from personal experience, also explains my interest in writing. If reading stories about kids having crazy adventures in all kinds of wilderness could eventually lead to me pursuing a graduate degree in environmental conservation, words must have some real influence. Maybe by telling a few new stories, I can inspire a love of nature and a commitment to conservation in others too.

One thought on “5 Books that Inspired My Love of Nature”