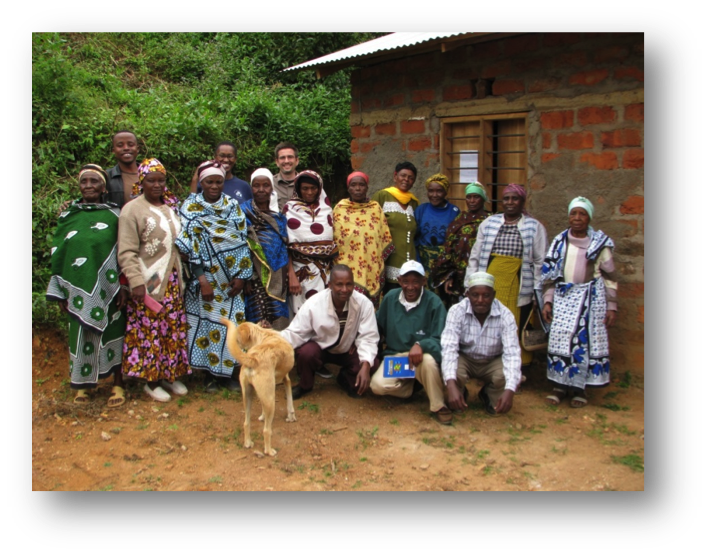 Women, particularly rural pastoral women in Sub-Saharan Africa—one of the world’s most vulnerable regions to climate change—are disproportionately adversely affected by climate change, and face significant challenges to adaptation. According to the UNDP, 60 percent of the world’s poor are women who rely on their natural environments to financially support and feed their families. In sub-Saharan Africa, women produce 80 percent of the food supply, but own very little land (eight percent in Tanzania). Around the world, women’s capacity to adapt to climate change is challenged by barriers to knowledge access and limited participation in decision-making.

Last week, Dr. Edna Wangui, an associate professor of geography at Ohio University, was at Duke to present her research on community-based adaptation to climate change in eastern Africa. She is currently a faculty member of the Local Knowledge and Climate Change Adaptation Project (LKCCAP), a research project examining the interactions between local knowledge systems and adaptive capacity to climate change in rural Tanzania. Dr. Wangui’s presentation at Duke, titled “Gendered Knowledge in Community Based Adaptation: Illustrations from Tanzania”, provided insight to the gendered dimensions of climate, land use, and livelihood change among pastoralist and farming communities in Tanzania.

In the village of Kirya, in the Kilimanjaro Region, Dr. Wangui’s study organized village/community meetings and conducted household and individual interviews with women to assess adaptation constraints and opportunities. In this context, “adaptive capacity” is defined as the village’s ability to manage gradual and long-term changes, such as climate change. Surveys and discussion revealed what adaptation priorities the community found most important. The results revealed gendered preferences. Women perceived buying fodder, farming and educating children as the most important adaptation priorities, whereas men perceived treating livestock diseases and acquiring improved livestock to be the most important.

Local knowledge is the knowledge held by a given community that is ingrained in community institutions and practices and adapted to local customs and culture. However, Dr. Wangui’s presentation revealed that there is a considerable gap in social knowledge between women and men, particularly in the ability to navigate the village institutions that allocate land and property rights. In 1982, Tanzania enacted the “Local Government Act,” that entrusts local District Councils to make decisions on village land allocations. Access to land and property rights enable women, especially pastoral women, to achieve financial independence and securely feed their families. However, high illiteracy rates among pastoral women limit their ability to understand the complex legal framework. Women may also evade the process because of harassment. In one example, a widow in the village was beaten and had her crops burned after petitioning a decision to divide and reallocate her land.

A woman’s ability to participate in this local decision-making is also challenged by geography and societal norms. The District Council office is more than a two hour’s walk from Kirya, and many women cannot walk the distance because of family/farming obligations, threats to security, or their husband prohibits their mobility outside the home.

Dr. Wangui’s presentation concludes that local knowledge is highly differentiated by gender, as a result of the apparent gender divisions of labor and gendered access to institutions. She emphasized that top-down adaptation priorities can undermine local strategies and enhance existing inequalities and exclude the most vulnerable members. As a result, adaption responses should be gender-sensitive and emphasize the inclusion of women in decision-making.

This event was sponsored by a project grant I received from the Duke Africa Initiative for the Environmental Conflict Working Group, a student organization at the Nicholas School.