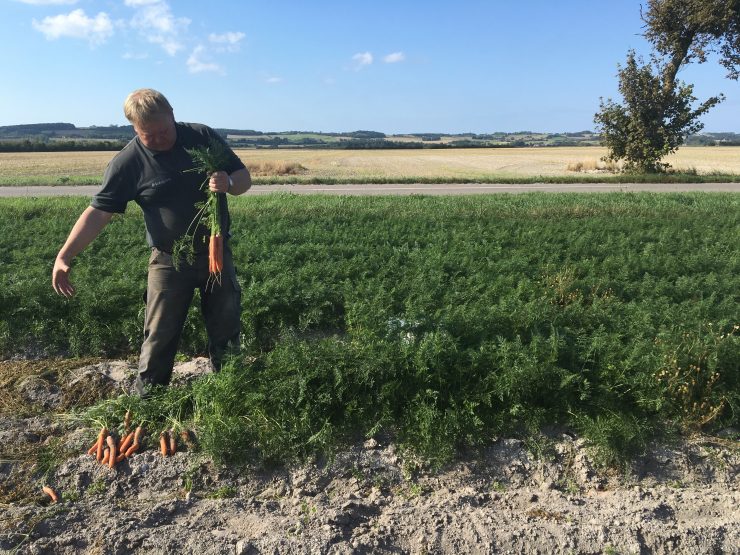 It has been a little over a month since I first set foot in Copenhagen. After three flights equating to over 24 hours in total travel time, I finally was able to step foot in this Nordic destination. A part of the Danish Institute of Study Abroad’s Environmental Science of the Arctic program, I was getting ready for a semester of exploration into global climate change and our changing arctic through a Danish prospective. A country known for its progressive legislation and for hosting the 2009 United Nations Climate Change Conference, Denmark has been a global leader in emissions reduction and a movement to a similar and more sustainable lifestyle.  Over the next few months, I will be traveling throughout the city of Copenhagen, rural Denmark, and Europe uncovering the effects of climate change and the policies aiming at stopping it.

My first journey out of Copenhagen took me to Odsherred, Denmark. Odsherred is about an hour north of Copenhagen and lies on the southern tip of the Danish island of Zealand (the same island that Copenhagen is on). Our first stop was to a fjord pumping station. A fjord is an inlet of brackish water that when drained becomes arable farmland. Many of the fjords of northern Zealand have been drained and kept dry to make room for expanding populations and a need to increase farmland. The image below is a picture of the Audebo Pumping Station. Built in 1873 as a part of the Lammefjord Reclamation Project, the 53-square-kilometer station was completed in 1939. The station is now responsible for pumping around 16 million cubic meters of water into the sea, keeping the land suitable for development and agriculture So what was to become of this altered landscape? People shifted the wetlands ecosystem of the fjord to a grassland suitable for agriculture. Our next stop was to check out one of the multi-generational family farms that took hold on the fjord after it was drained. The Slotsgården farm, named for the original family who first sowed the plots of land, is now a large producer of potatoes and carrots for the surrounding Danish cities, with much of its produce ending up right in downtown Copenhagen. Pictured above you can see the current owner of the farm explaining his farming methods in growing carrots (first image) and potatoes (second image). He uses an industrial style of farming. He then explained to us one of the big complications with using a drained fjord. An unknown consequence of turning this wetland into farmland was what lies beneath the soil. In a field adjacent to the one pictured above, we could see what seemed to be pond reeds growing out in the middle of the field. The farmer continued to explain how after many years of being drained, every year more and more of these muddy, sinkhole-esque spots pop up. The groundwater beneath the farm had started to do more than just provide water for the crops, but was now causing some of the farmland to convert back into wetland.

Farmers of the Odsherred fjords are beginning to learn the hard way that we can only manipulate Mother Nature for anthropogenic uses so much before it begins to try and regulate itself.