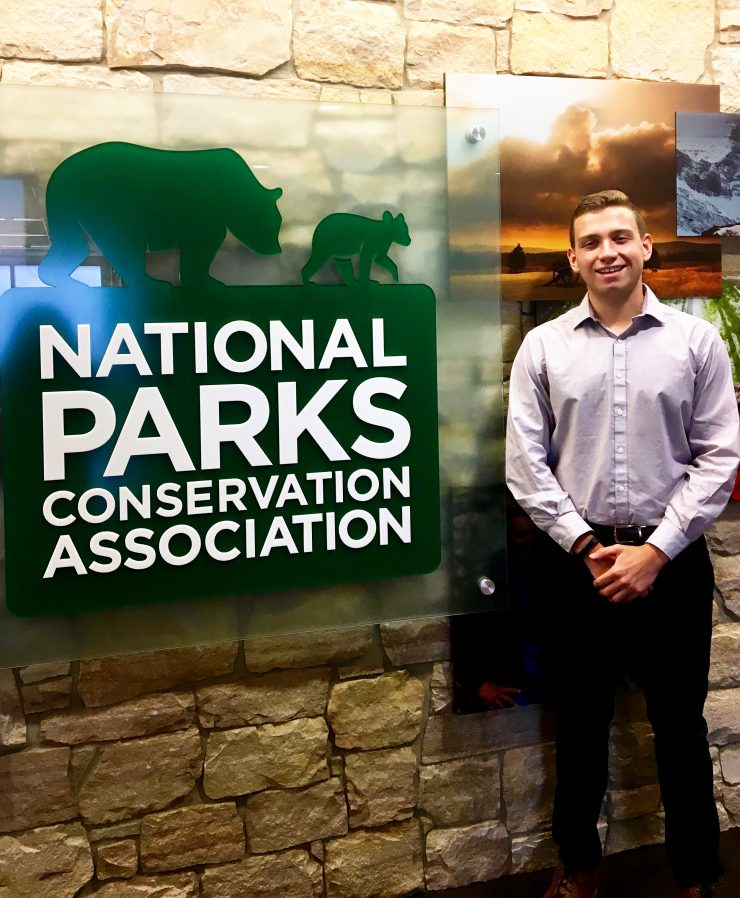 I am in my fourth week as an intern at the National Parks Conservation Association (NPCA), an internship that I found through the Nicholas School’s Stanback internship program I talked about in an earlier post.

NPCA was founded in 1919 as an “independent, nonpartisan voice working to strengthen and protect America’s favorite places.” These “favorite places” include the 417 national park units spread throughout the United States and its territories. I have been placed with the Mid-Atlantic Regional Office, or MARO as we call it here. Our office is stationed in the NPCA headquarters located in Washington, D.C. The MARO team is charged with working to protect the 78 national park units in Pennsylvania, Maryland, District of Columbia, Virginia and West Virginia. I have been blessed to have had the chance to work with phenomenal mentors in the environmental field and have been given new insight into to what its like working at a larger environmental nonprofit.

This summer much of my work is focused on pipeline development throughout the MARO region. Pipelines threatening the Appalachian Trail have become one of the key issues we wish to address. Not only would they threaten the ecology of the parks – affecting air, water and habitat quality – but they would also take away from the stunning views that MARO parks have to offer. I am also focusing my summer on studying offshore drilling and oil exploration. After President Trump’s Executive Order to expand offshore drilling, there has been a push to expand the seismic air gun testing used to find oil deposits. This testing threatens marine mammals who rely on sound to communicate, breed and feed. The seismic airguns have the potential to shatter the ear drums of these mammals and cause injury and death to the mammal. Studies have also shown effects to marine fish and changes to activity of these fish, such as avoiding areas where testing occurs, which lowers fish catch and hurts coastal economies that rely heavily on the fishing industry.

My internship has increased my own personal involvement in U.S. National Parks. I have acquired, and I suggest you do the same, a National Parks passport. The passport encourages visitation to all 417 national park units by providing a place to put a stamp from each park. So far I have gathered some from the monuments around Washington and from Fort Monroe National Monument.

I have also been given the opportunity to volunteer in local parks. Picture above is of MARO’s participation in the Corps Network’s Day of Service. Members from my team and I worked all morning to paint the chains and posts of the fence that stretches around the FDR Memorial. What would have taken two maintenance workers a few days, took about 20 people a few hours to paint. We also got to hear from speakers including Virginia Johnson, the Principal Deputy Assistant Secretary of the Office of Fish, Wildlife and Parks (pictured below). I am excited to continue my work with NPCA and to see what else this summer has to offer!