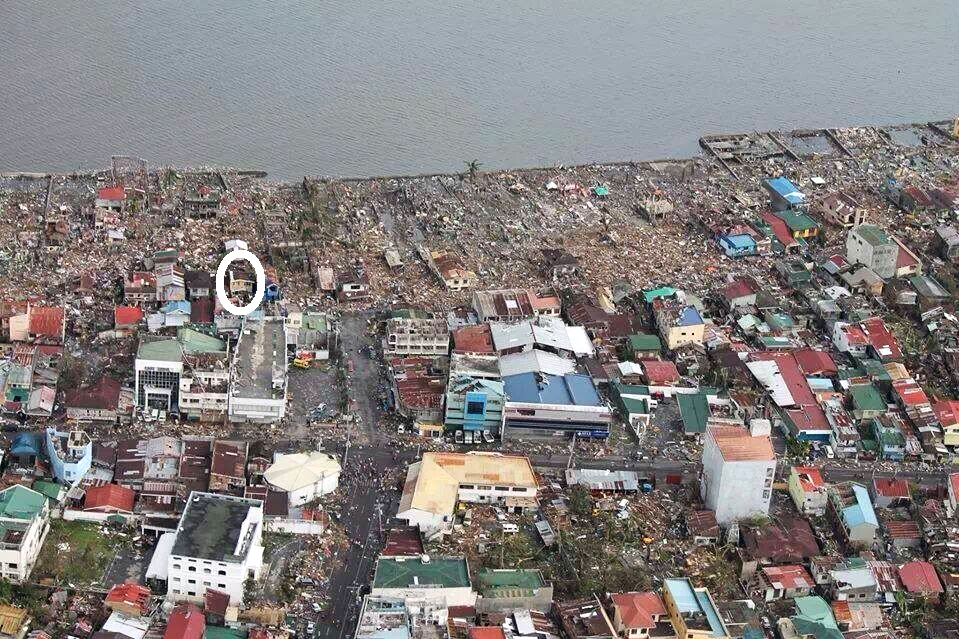 “We have entered a new era that demands global solidarity in order to fight climate change,” Philippines delegate Naderev Saño declared during the opening statements at the 19th Conference of the Parties for the United Nations Framework Convention on Climate Change (UNFCCC) in Warsaw, otherwise known as COP19.

He followed this with an announcement that he would undertake a voluntary fast during the entire length of the two week COP, or until a meaningful outcome was reached, in solidarity with his brethren in the Philippines suffering from the devastation of Super Typhoon Haiyan. The storm has killed some 4,000 people and displaced nearly 4 million with winds of at least 140 miles an hour. It has been considered one of the strongest storms to make landfall on record. To honor those lost and acknowledge this devastation, the Duke Disaster and Preparedness Relief Committee in partnership with the Alpha Kappa Delta Phi Sorority held a candle light vigil last Sunday.

“What my country is going through as a result of this extreme climate event is madness; the climate crisis is madness. We can stop this madness right here in Warsaw,” representative Saño continued.

The optimist in me had hoped so until yesterday, when the 131 countries that comprise the G-77, walked out of negotiations at 3:30 am Wednesday morning. The representatives were fed up with the backward progress that had been made during the Loss and Damage negotiations. It seemed to be the same story: the big countries didn’t want to admit responsibility for past emissions and the developing countries kept demanding it.

I had seen this pattern several weeks earlier at the mock COP19 at Yale University. Yale has hosted these mock climate trials for several years running, and I was in for a weekend full of reality checks. Charged with representing Tuvalu, an island nation in the South Pacific that is part of the Alliance for Small Island States (AOSIS), I was to represent and negotiate my country’s objectives.

Tuvalu’s goals, from what I gathered, were similar to those of the other nations that made up AOSIS as well as G-77: 1) Recognition that Annex 1 countries (mainly 1st world developed nations including the U.S. and Canada) have historically contributed the greatest amount of C02 emissions; 2) Annex 1 countries are therefore responsible for many of the negative effects now impacting small island nations such as rising sea levels and increasingly devastating storms; 3) Some of these negative impacts should be mitigated by Annex 1 countries through funding of both research for adaptation to climate-induced changes as well as for disaster relief.

Each negotiating block met Friday evening to decide which points they wanted to include in the negotiating text. The next day the resulting documents were to be discussed according to themes such as Transparency and Monitoring, Reporting and Verification; Mitigation and the Ambition Gap; and Adaptation.

The following day I attended the panel on Mitigation which ended in deadlock. We got nowhere. Students representing US, Canada, and Russia took their roles seriously and wouldn’t budge an inch, on anything. I left Yale feeling very discouraged, despite the rainbow-and-butterfly closing statements made by delegates of how much progress we had made. I didn’t buy it.

So now that the real thing has failed too, it’s time to reflect.

I joined Philippines representative Naderev Saño this past Monday in a 32-hour solidarity fast along with several hundred others across Yale and Duke and their surrounding communities, who are concerned about this failure of UNFCCC. I channeled the hunger pangs into thoughts for those developing nations, the ones that seemingly have no leverage, who are red-cheeked and tired of yelling at big and mighty deaf walls. I channeled them into thoughts and prayers for my friend Daryl Dano, whose family home was destroyed by the force of Haiyan and who’s been on the ground amidst hundreds of decaying bodies, trying to help survivors find food and water.

During all this channeling, I didn’t stumble upon any brilliant answers. But I agree with the G-77’s decision to walk-out. These countries can no longer afford to endorse a process that is clearly broken, that has achieved the same non-outcomes year after year. To hope that it will be different next year at COP20, is the very definition of insanity. And though I’m sure the dissenting nations realized this long ago, hope is a powerful elixir.

Despite this breakdown, all hope is not lost. It’s simply time to hope for something different.

It’s time for developing nations to focus on finding a strategic way to gain leverage, to build powerful coalitions that together can make demands of the US and other world powers. This means putting aside differences for the sake of all developing nations and coming together to form their own mighty force.

As they say….two can play at this game.

2 thoughts on “The Definition of Insanity: COP19”