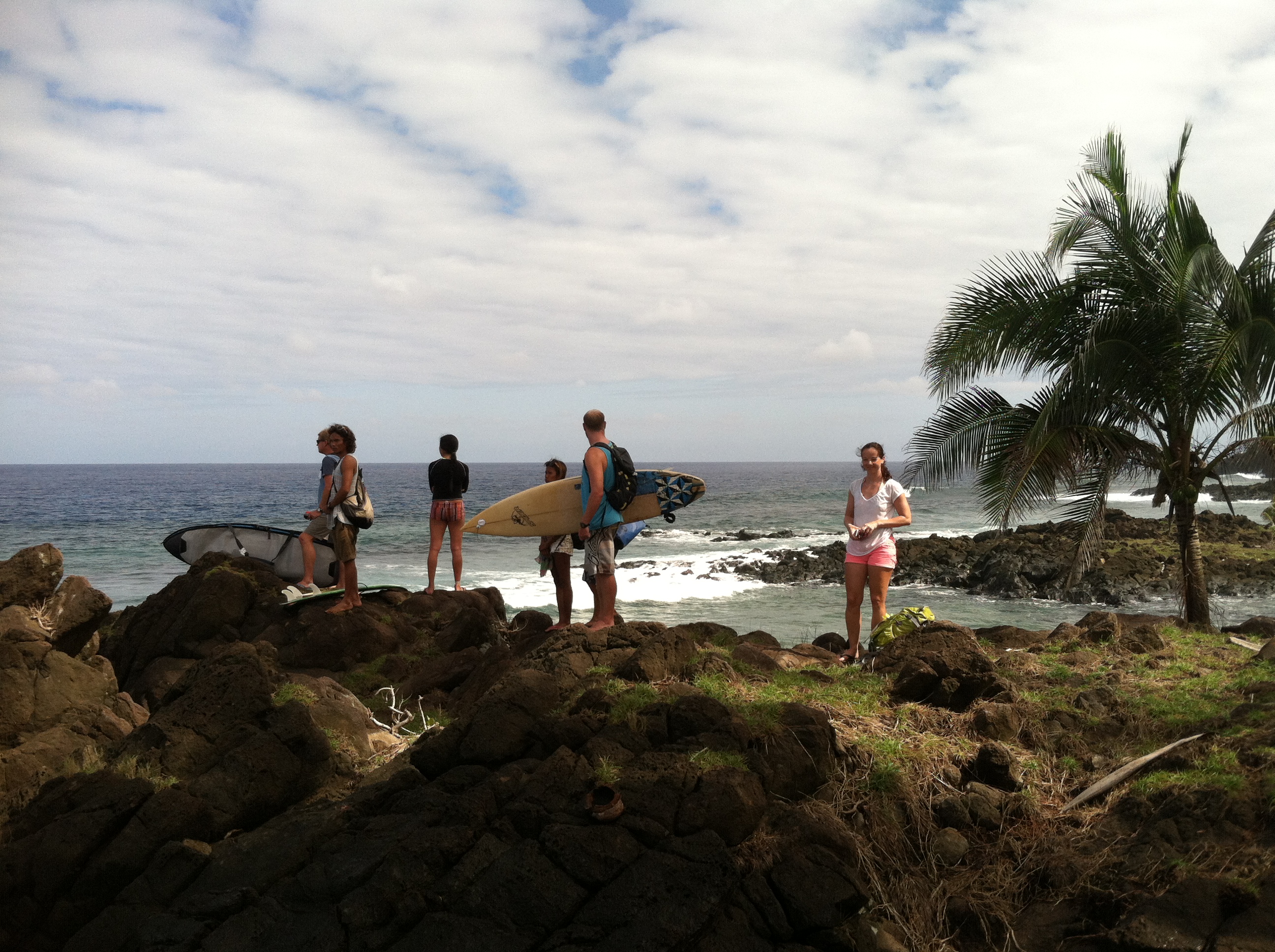 Every now and then there’s a shining moment in time when the stars align and perfection ensues.

This few-times-in-a-life event occurred during my recent trip to the Philippines, to both finish my research evaluating a mangrove restoration and alternative livelihood project in Oriental Mindoro, and to explore another one of the countries 7,107 islands.

First up was the island exploration on a slice of paradise known as Siargao. The tear-shaped isle was little known outside of the Philippines until it was “discovered” in the late 80’s early 90’s by surfers looking for empty waves. They hit the jackpot with Siargao and named one of the biggest, heaviest waves Cloud 9, after a local candy bar (reminiscent of Babe Ruth) they would eat as a sweet treat and wash it down with warm Coke post-surf sessions.

I’d read great things about the island and the particular place I would be staying, Kermit’s Surf Camp. However, having traveled a fair bit, both as a photojournalist and now social scientist, I always try to keep expectations low, because 90% of the time a place doesn’t match the vision in my head and disappointment follows. Although, usually the experience ends up being better than I anticipated in some way I hadn’t expected, I prefer to skip the initial disappointment if possible.

But this time…this time the cruisy island scene blew my expectations out of the water, as did my oasis on the island, Kermit’s. After a 72-hour hell journey, which included spending the night in the Manila airport until I could fly to Cebu, from where I could then finally fly to Siargao, I plopped my stuff in my thatch roof bungalow. I arrived with a friendly Australian named Brett, and no sooner had we set our stuff down, then we were whisked off by motorcycle to one of the local spots, Salvation, for a surf. I could barely form sentences, but it was only 2 in the afternoon, and I knew I had to stay up until evening to adjust my clock.

The entire week was like this. Never a dull moment: constant friends and good company, laughing-induced side aches, fresh Filipino-Italian fusion cuisine complete with a pizza oven and Pizzaiolo (the owner is Italian!), banana shakes and pina coladas, island hopping, coral-filled lagoons rimmed by black and jade walls, ping pong, jungle disco, and waves–so many waves. I surfed more in this one week than I’d surfed the last two years combined.

My favorite aspect of the trip was getting to hit the lineup every day with my designated surf guide, Jon Jon. He advised me where to sit for take off, when to avoid submerged rocks, where the reef was dangerously shallow, and best of all he cheered me into some really fun waves. Each surfer had their own guide, so what resulted was locals and visitors sitting side-by-side in the lineup, sharing rides and hoots and hollers. Too often abroad I’ve surfed in tense crowds, where locals resent the visitors and vice versa. I liked this model much better, and it seemed our guides did too–all of whom were impressive surfers in their own right. Jon Jon and Brett were even kind enough to film a few of my waves (thank you Brett for use of your GoPro). Below is a brief montage from a fun day at Salvation (Disclaimer: I’m certainly no Stephanie Gilmore, and those are surf tights I’m wearing to prevent from getting further charred by the sun).

One night, over an 80 cent triple rhum and coke (rhum, as they spell it, is cheaper than coke, so the higher the ratio of rhum to coke, the cheaper your drink), I asked Jon Jon how he’d gotten into surfing. He explained that it was in the mid-nineties, when surfers first started hearing about Siargao.

“No one surfed before that. But we picked it up fast as soon as we could get our hands on extra boards,” Jon Jon told me.

He expressed that the arrival of surf culture on the island had opened a world of opportunity to local Siargaons like himself. From my encounters, it seemed most locals felt this way, although some expressed concern that tourism was growing too quickly. Marlo, the lead host at Kermit’s and loved by all, reminisced of times when he didn’t have to pay fees to access surf spots and life was much slower paced (which was hard for me to imagine). I began to conjure up new research plans to return to Siargao and study surf tourism here–see what could be learned from what seemed to be a Cinderella story, where two cultures had collided and instead of being destructive, each one had mutually enriched the other.

Of course, a true surf trip wouldn’t be complete without a few calamities to remind me I was still on earth and still bound by its natural laws. The reminder came in the form of jellyfish known as “blue bottles” (not the one pictured above) blown in by the seasonal onshore wind, which not only brings the jellyfish during this time of year (technically Siargao’s “off-season”) and generally makes waves crumbly as well. The first day these blue devils came and went without too many casualties. The next day, however, they returned with a vengeance, reducing me to a screaming, whimpering infant. Every time I thought I was free, those long flossy tentacles found another exposed piece of flesh on which to singe their blue ink. After a short round of this, we evacuated to the safety of the boat. Later we heard one guy was stung so badly at the same surf spot he passed out from the pain.

You’re welcome for adding that last part (I didn’t want anyone to burn with envy too much). But despite being stung, fried to a crisp on the second day there, and attacked by a weird seaweed that left my shin with giant pimples on it (??), I would return in a heart beat. Another surprise that made Siargao so memorable might make this dream a reality:

While there, I received an offer from Stanford University to pursue a PhD in their Emmett Interdisciplinary Program in Environment and Resources (E-IPER), so returning to do some research on surf tourism could very well be in the cards.

Thank you Siargao. I needed that. All of it.