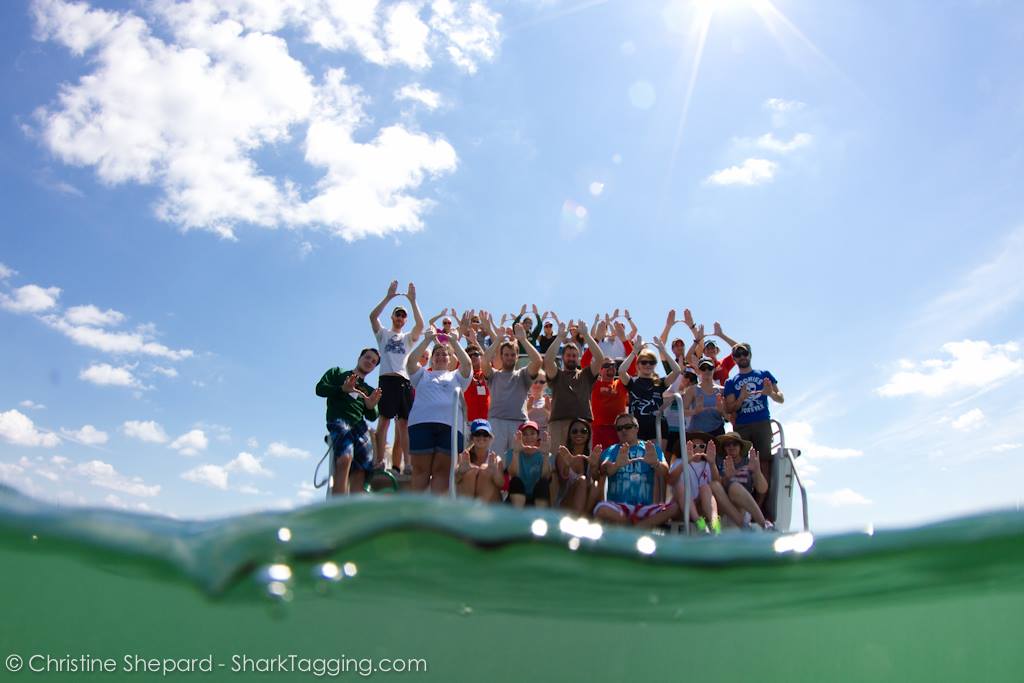 Grad school has been a freight train.

Fall break flew by, and we’re registering for spring courses.

Which is why I have yet to write about the ScienceOnline conference I attended at the University of Miami over fall break, co-founded by three online communication entrepreneurs. Two of them happen to have local connections: Karyn Traphagen who is a Durham resident and earned a Certificate for Non-Profit Management from Duke, and Anton Zuiker, who, though a former Tar Heel, now works as the Director of Communications in the Duke University Department of Medicine.

The original ScienceOnline conference has been held annually in Raleigh since 2007, but this was its extra-special cousin, ScienceOnline Oceans. All of the ScienceOnline conferences are unique in their discussion-based structure rather than having experts give traditional lectures. Not only do attendees shape each session during the conference with their contributions, they also have the opportunity to suggest topics through an online wiki prior to the event. ScienceOnline Oceans and its predecessor ScienceOnline Climate spawned from this model, and according to Karyn, they are hoping to continue holding these topic-themed offshoots due to the significant success of the pilots.

Upon arriving in the Magic City, I was surprised to be greeted by a gaggle of Duke alumni at the conference. I’m beginning to think that this experience will be one of many to come, as it seems Blue Devils have infiltrated the environmental field all over the nation (and no doubt world too). It’s encouraging to already see the value of this community wherever I go.

The conference had unconventional discussion sections with titles like Fight Club: Conflict and Conservation in Social Media; Hacking the Ocean: Open Source Oceanography, DIY Data, and Science as Art; and How to Make Your Science Sing: the use of Short Film as a Communication Tool. While each session was led by an expert on the topic, attendees also contributed their unique experiences to color the discussion.

But most unusual by far was the opportunity on the last day of the conference to go shark-tagging.

Our guides were doctoral students Austin Gallagher and David Shiffman (Duke undergrad 2007) from the RJ Dunlap Marine Lab, which is affiliated with the University of Miami. The lab has been running educational shark tagging trips for four years now, with groups ranging from private corporations to underserved Title I public schools.

We greeted the morning group of shark-taggers at the dock, as they disembarked. The morning trip had proven sharkless—a rarity for the lab, which tags 450-500 sharks per year and averages three to six sharks per day on the water.

Austin was enthusiastic that we would be more successful in the afternoon, assuring us that their trips usually involved a veritable smorgasbord of sharks (not that they eat them!)—anything from nurse sharks to scalloped hammerheads to bulls, tigers, or lemons. He also emphasized the minor threat sharks present to people. I’d heard stats before like coconuts kill more people than sharks do, but Austin’s was new to me:

“Every year, more people are bitten by other people on the New York subway system than by sharks,” he said as we pulled out of the marina.

Austin also explained that sharks keep things in balance as the apex predators of the sea, holding their ecological communities together. But despite their importance, shark populations have declined over 90% since the 1970s, largely due to the consumption of shark fin soup in booming Asian nations.

“This is real research funded by the outreach component that you’re a part of today,” Austin said. And the lab’s research doesn’t just sit on a shelf and collect dust. In 2012, their work using tags and stress physiology tests to intuit the movement ecology of sharks informed the Florida law that prohibits the harvest of hammerhead and tiger sharks in state waters. According to Austin, this is just one of many examples in which their research has influenced policy.

Next, Austin ran through the steps of shark-tagging with David Shiffman—who, in addition to being a PhD student at the lab, is senior correspondent for the popular Southern Fried Science blog and co-organizer of this conference. David acted as our “dummy.” Using this rare species of Shiffman shark, Austin demonstrated how to tag a shark (while keeping all your fingers). It went like this:

1. Perform stress test—Use a needleless syringe to squirt water into the shark’s eye and watch for the nictating membrane (shark’s version of an eyelid) to react. If it reflex-fires, we have a healthy shark.

2. Measure the pre-caudal length from the nose to pre-caudal pit (see diagram below).

3. Measure fork length from the nose to the fork of the caudal fin (or tail) (see diagram below).

4. Measure total length of the animal from nose to tip of caudal fin.

5. Obtain dorsal fin clip—Snip a small piece of fin off for later analysis to determine heredity, stable isotopes, and the presence of harmful compounds which can cause neurodegenerative diseases (with further research, this may be able to deter the eating of shark fin soup).

6. Obtain biopsy sample—Use biopsy tool to dig out small sample of skin. Have to be aggressive, because the denticles, or dermatological teeth of the shark’s skin, make it tough.

7. Tag the shark—Attach a spaghetti tag with a unique ID anterior to the trailing edge of the dorsal fin, up and into the fin rays of the dorsal fin. If fishermen catch a tagged shark, they can call the phone on the tag and get a reward for reporting its location.

8. Take blood from leading edge  of tail—Use a syringe to collect blood, which can later be centrifuged and analyzed for pH levels, CO2, lactic acid, and isotopes to learn about feeding ecology, among other things (according to Austin, “blood is amazing”).

9. Perform final stress test—Repeat step 1 to make sure the shark is still all good.

After the rundown, we were off, dropping a series of baited hooks, lines and buoys to hopefully snag a Shiffman…er, a shark. As it turned out, luck was on our side—on the second line we set, we pulled up a four-foot bull shark, which I named Ferdinand. One team got to perform all of the tagging steps with the aid of the lab assistants, and we all got to touch our new friend and feel those denticles. I noted with amusement a motorboat, pulling kids behind on an inner tube, just 200 yards from where we hooked Ferdinand. That’s the irony: Sharks are always there, 99.9% of the time just going about their daily business without our notice.

In the end, he was our only catch of the day, but seeing the process live was fascinating. As we returned toward the Miami skyline on the horizon, I asked David why he was so passionate about fusing communications, and specifically social media, with science.

“All these new social media technologies make it easier than ever before for experts to share their information with the public,” he explained.

And after all, that’s who needs to hear it the most.