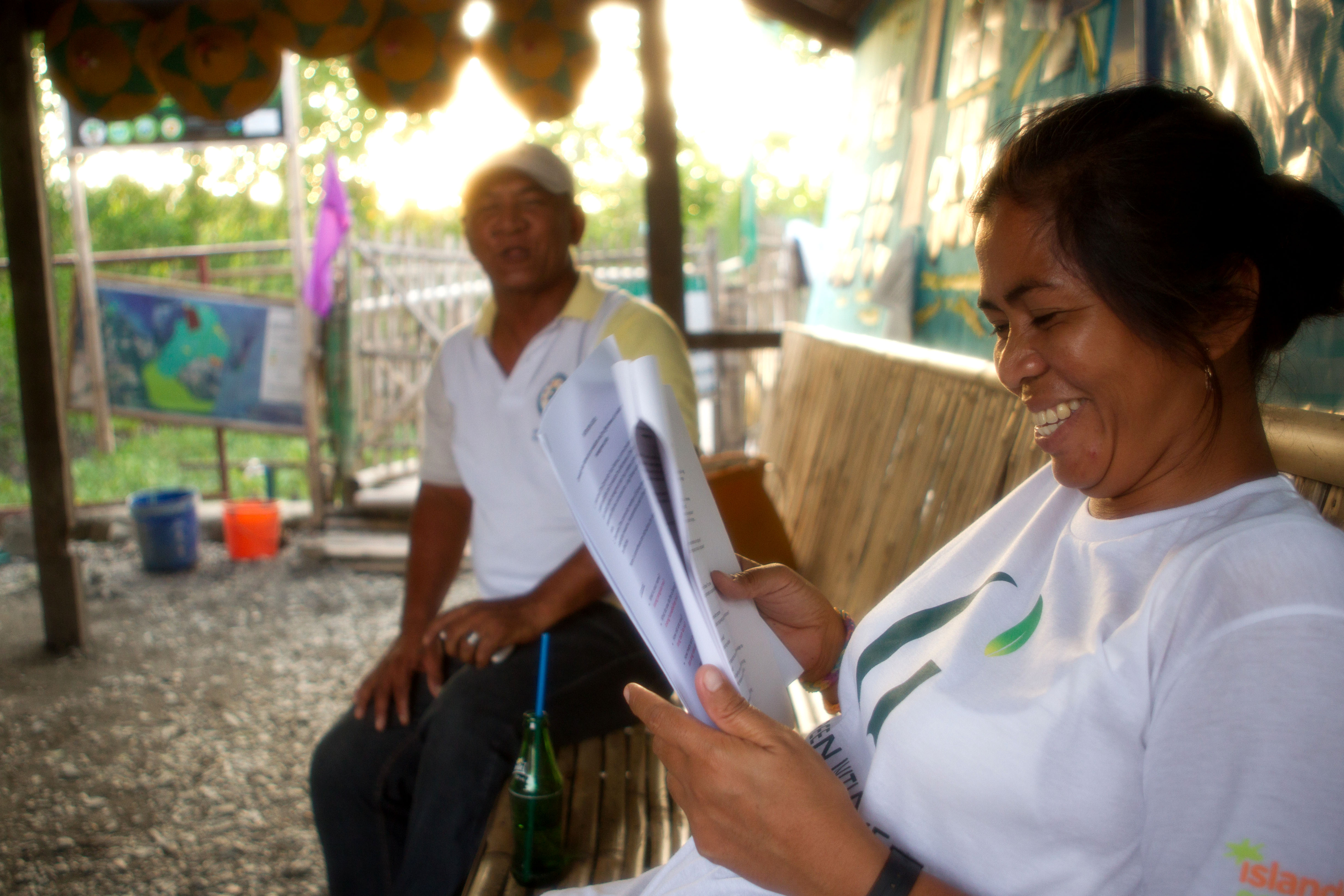 After 11 weeks this summer working as an intern on marine conservation in Cuba (more on that here), it was time to hit the road. Or the air rather.

I was ultimately headed to Silonay–a small “barangay” in Calapan City, in the province of Oriental Mindoro, Philippines about four hours south of Manila. I was making this trek to conduct initial data collection for my masters project (MP) as a consultant with Conservation International (CI). Data collection in this case, involved conducting 50 filmed interviews with a diverse cross-section of community members, who refer to themselves as Silonians.

These interviews are the first step in a research process known as the Community Voice Method, which I’ll explain in subsequent posts, and which will help me achieve two objectives:

1) To illuminate which aspects of the mangrove restoration program, alternative livelihood and ecotourism initiative–established by CI four years ago–have been successful and which aspects have not.

2) To partner with the people of Silonay to envision the future of the Mangrove Project, and the community as a whole, in order to develop strategies for sustaining the project long after CI is gone and no longer the primary funder.

So after 36 hours of travel, I had a warm ‘maligayang pagdating’ (welcome) in Manila when my dear filipina friend, Daryl Dano, who I’d met in Uganda six years earlier, greeted me at the airport at midnight. Since I’d last seen her, she’d finished her work in Uganda, obtained her masters in International Development through a university in Costa Rica, worked for the World Wildlife Fund in the Philippines and was now working with the International Organization for Migration helping conflict-affected communities around the world. But more than that, she was still as full of spunk and tenacity as she was when our paths first crossed at a sugar cane factory in Uganda. I saw people stepping aside to make way for her 5′ frame, before I ever saw her, until she finally materialized from the swarm and swooped me up.

The following day she introduced me to her lifelong friend and spiritual mentor, Ate Flor (pronouned ‘ah-tay’). Daryl explained that putting ‘Ate’ in front of a name is a way of showing respect to a woman who’s older than oneself. It translates to Sister Flor, respectfully.

Ate Flor, who is single and in her early forties, had a home in Quezon City, part of the greater Metro Manila, that was filled with talented young women who would trickle in and out like the tide. For a few days I got to be one of them. We enjoyed meals together, and the next evening when Typhoon Glenda swept through, Ate Flor kept me company and assured me we’d be alright despite the fire trucks and emergency vehicles making awful sounds as they raced up and down her street all night.

The wind howled, the telephone wires whined and snapped, the trees doubled over and the rain drilled the roof, but by the next day at noon, the sun had returned and brought calm with it. Though two homes a few blocks from Ate Flor’s had burned down in an electrical fire, the other damage was mainly slain branches and trees.

After Glenda passed, I spent two days in Quezon City perfecting my interview guide with the staff at the CI office and then translating the final guide into Tagalog. I had help with that as my Tagalog at this point totaled five words. Then it was time to head to the field site.

The drive down revealed that Typhoon Glenda had pounded Laguna, a province south of Manila, harder than the rest of the country. We had to drive through the carnage to reach the ferry that would take me to my research site. In addition to nearly every tree being knocked over like bowling pins,  we saw a massive downed billboard of the Jollibee Mascot–the pinoy version of Ronald McDonald. The giant red and white face lay cracked but still baring that impish grin. It reminder me of the durability of capitalism even amid rubble.

After an hours ferry ride across the Verde Island Passage from Batangas to Oriental Mindoro, I arrived in Calapan City. Kryzl from the CI office was several years younger than me (hence no ‘Ate’) and had joined the trip in order to introduce me to the Silonay community and the leaders with whom I’d be working. From the port, we arrived by tricycle–basically a motorcycle with a third wheel petty cab attached–and were greeted by Ate Alma, Ate Lizel and ‘Capitan.’

The trio offered me shing-a-ling, chips made by the community from a local root, and Mountain Dew and then Ate Alma conducted a practice interview on Capitan. As soon as they began laughter ensued, and I knew I would love working with Ate Alma. I could already tell she was smart, good-humored and kind. As the sun sank and the sounds of the adjacent mangrove grew louder, the eagerness in me swelled. I was ready to get started and see what we could learn together.