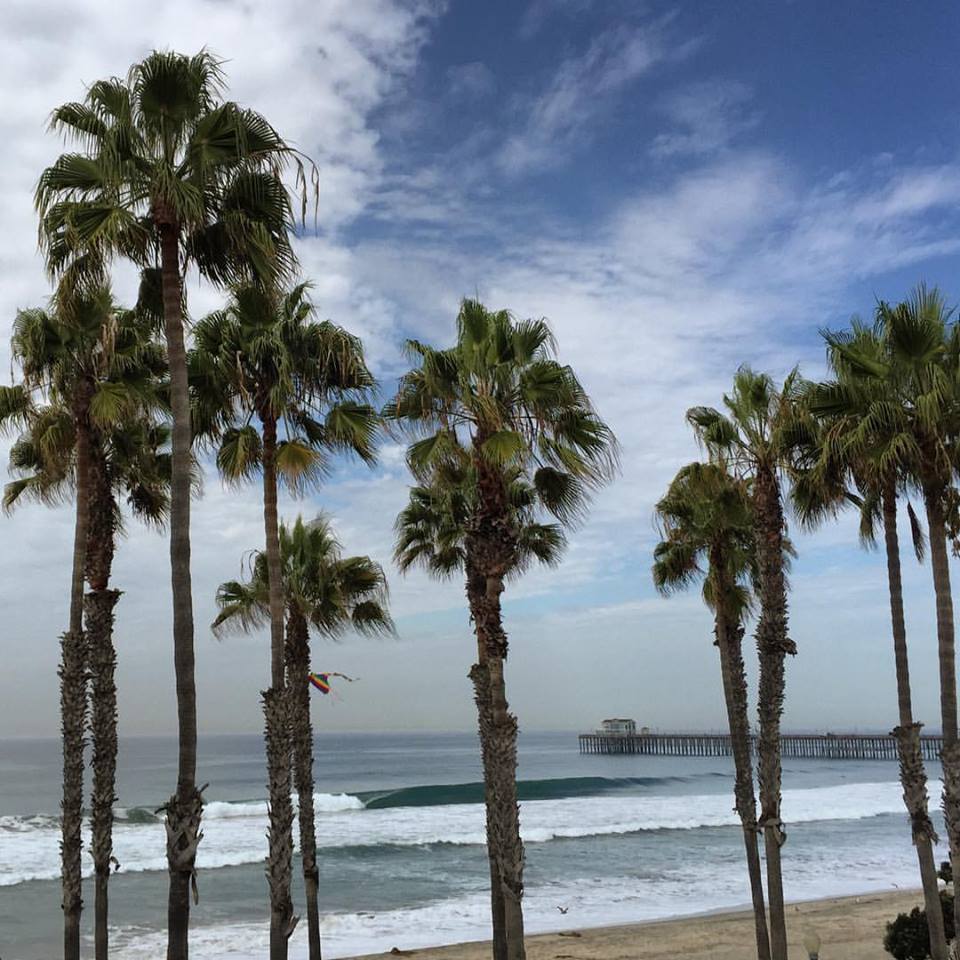 This summer I was reminded of two things.

The ocean is awesome

Let’s tackle the annoying one first. Summer 2015 goes down in the books. I had completed my masters and was waiting to start a PhD program i.e. no obligations. This freedom meant my husband, Ben, and I had time to enjoy Durham, the Triangle Area, and the east coast in general. Friends from California visited and we took them to all the must-sees like Cameron Gym, Duke Gardens, the Pit, Motor Co, Fullsteam, American Tobacco Campus, Eno River, the quarry, Monuts Donuts, and Parker & Ottis (man, I miss Durham).

With no class and no deadlines holding me hostage, I was also able to enjoy leisure time swimming laps at the Central Campus Pool and taking long runs on the Al Buehler Trail. My husband and I were even able to visit friends in Boston and South Carolina and hop down to Bocas del Toro in Panama for a 10-day Caribbean surf trip with a big group of college friends (and a few fishies).

The fun came to an abrupt halt when we had to uproot ourselves from our humble but dearly loved apartment at Poplar Manor. I absolutely hate packing. For someone who loves to travel and hasn’t lived in the same place for more then 2 years in the last 15, I should be an efficient packer. Unfortunately, this is not the case. I hem and haw about what to keep and what to shed. I’m always mind-boggled and discouraged by the overwhelming amount of stuff I’ve accumulated in such a short time. It hurts my soul to throw things away, or even recycle and donate them, because I’m never 100% confident the things, which I once loved, are actually going where I think they are (trust issues? Perhaps).

However, there was a reward for packing–a cross-country road trip that included visiting family and friends along the way. We took the southern route and hit up seven destinations: Some of these stops had clear connections to the ocean (totally normal to look for, right?). We went river rafting with my cousins on the Chattahoochee in Atlanta (all rivers and streams lead to the sea), swam in the crystal clear waters of Crab Island in Destin, Florida, saw the famous levees responsible for NOLA’s troubled past with coastal waters, and standup paddled in Austin under the South Congress Bridge (see video below) on the Colorado River (which used to run to the sea and did again in 2014).

And then we hit New Mexico.

Being landlocked and (in my mind) a giant desert, I had never associated the Land of Enchantment with anything marine.

Well, I was wrong. Since I was a kid I’d heard of the Carlsbad Caverns, but had never visited them. Prior to arriving, I expected to find a contrived Disneyland-esque experience, but instead the caverns blew me away. It was like entering the belly of Mars. I learned, from the the friendly National Parks Service guides, that the limestone rock surrounding the caverns is full of fossils from ocean plants and animals that predate dinosaurs, when the southeastern corner of New Mexico resembled a coastline similar to the Florida Keys.

I’d heard of this before–places being covered by oceans at some point in history and leaving behind marine fossils–but here in this underground fantastical land of speleothems (fancy term for cave formations), the concept was even more intriguing. They’d been buried deep underground, sealed off for millions of years in limestone, until water slowly ate pathways into the rock and set them free to decorate the ceiling, walls and floors of these alien caves.

I thought that was it for New Mexico. But the following day it impressed me again. We made our way east to the White Sands Monument, where we had planned to do a full five-mile loop through the sugar sand dunes, but with tragic news of a french couple dying of heat exhaustion a few days earlier and temperatures near 100 F, we decided to do a shorter 2-mile out-and-back.

We trudged hot and sweaty through deep sand–really the only way to properly experience these gypsum dunes (the largest in the world). According to the literature provided at the visitor center, although Gypsum is an abundant mineral compound, it usually remains buried and quickly dissolves in water when exposed. However, here, over a 100 million years ago, this part of the desert was covered by a shallow sea which evaporated and left behind salt that kept the gypsum intact, leaving thick deposits on the old seabed (another score for salt water!). This created an environment that is home to a surprising abundance of species–over 500–our favorite of which was the bleached earless lizard. They were everywhere and had a ton of personality, despite their unfortunate name.

Next on the itinerary was Phoenix. I didn’t make any revelations about ocean-connectedness here, probably due to the 117 degree mind-melting heat. Nevertheless, I’m sure it was covered by the sea at some point or another, and we did pay a visit to the Desert Botanical Gardens, where I gained a whole new respect for the stoic succulents and cacti. They laugh at heat.

Finally, after my air conditioning broke down during the last six-hour stretch, we arrived in San Diego and promptly went surfing in unusually warm water and big waves…confirming always and forever that the ocean is awesome and has its hands in everything.

One thought on “A Road Trip Revelation: the Ocean Holds this World Together”