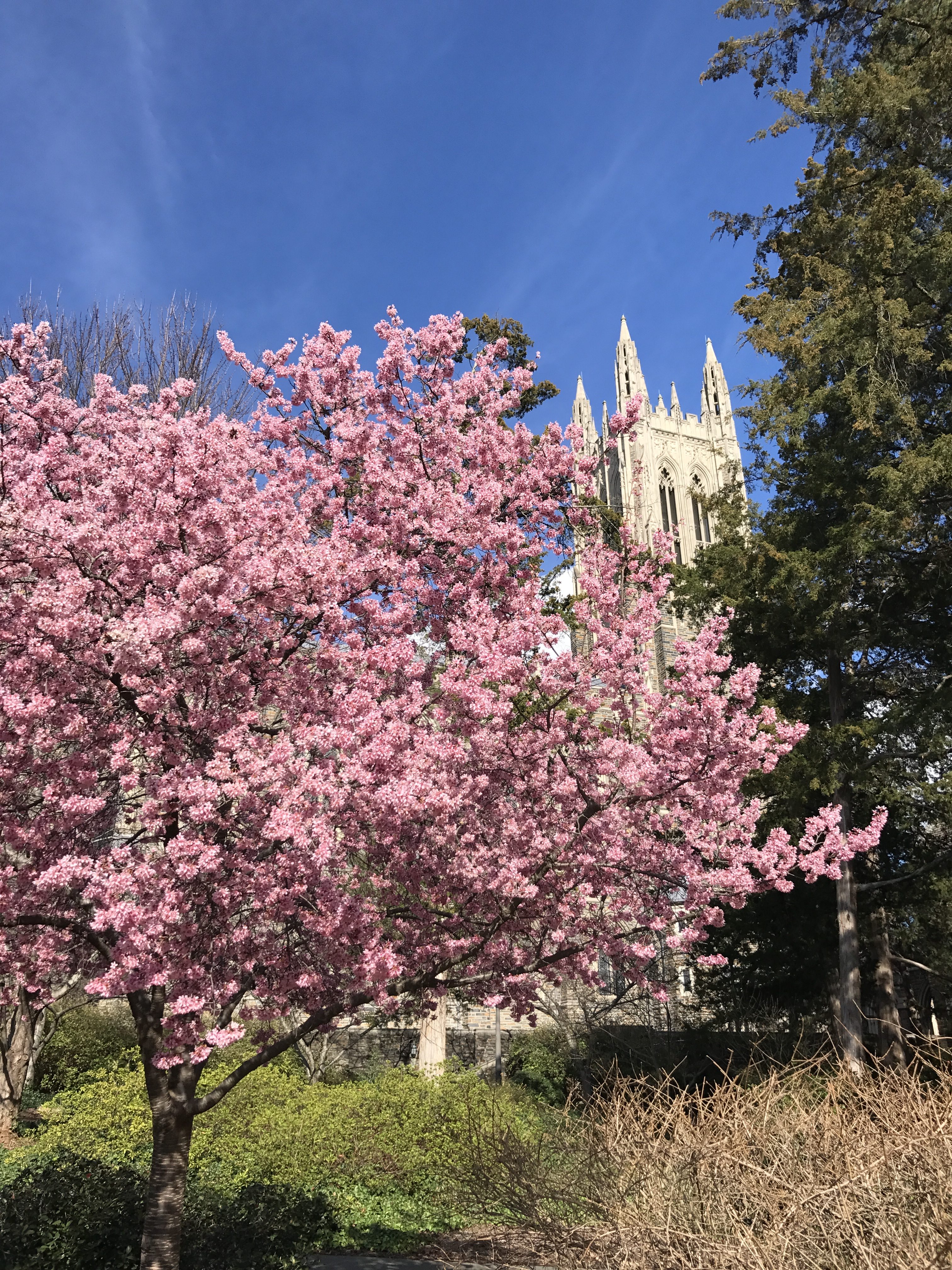 Considered alone, there is some basis to each of these statements. Trees cool the environment by converting a lot of liquid water taken from the soil to water vapor in the atmosphere, which carries latent heat away from its point of origin. On a hot summer day, it doesn’t take long to drive from a shopping center to a shady street to realize this effect of trees in action.

Many trees emit volatile organic gases to the atmosphere. Often we can smell the isoprene emitted from pine trees and see the organic haze along mountains. This is why President Reagan blamed trees for air pollution. The organic gases are a precursor to the formation of ozone in the lower atmosphere. Ozone is a major constituent of air pollution that affects humans, but the organic gases from trees are not converted directly to ozone. The reaction is catalyzed by nitric oxide, derived naturally from soils and from various human sources, such as power plants and automobiles.

While they emit volatile organic gases, trees take up a variety of air pollutants, including both ozone and nitrogen oxides, which reduces the ambient concentrations that we breathe.  In the atmosphere, nitric oxides are converted to nitric acid, which trees absorb through their pores, or stomata. It is the amount of nitric oxide that determines ozone levels in many forested regions of the United States. Airborne ozone would be higher if it were not for the uptake of nitric oxides by trees.

Trees also remove particulate matter from the atmosphere, particularly small particles which are a major health hazard in air pollution.  Trees along urban roadways can reduce the presence of fine particulate matter in the atmosphere within a few hundred yards of the roadside verge.  The total area of leaves is critical: a few trees with sparse leaves are less effective than a dense canopy.  Trees with small or hairy leaves are best at removing particles.

Of course, in springtime, trees are a source of particles to the atmosphere when they emit pollen from their flowers.  The release of pollen increases when plants grow at high levels of carbon dioxide, which are expected in the future.  Pollen is annoying, but not unhealthful. Those who suffer from hay fever may disagree, but most pollen grains are larger than the size of particles that cause the greatest impacts on human health.

Taken together, there is no doubt that trees provide a net positive benefit to the environment, which is why it is almost uniformly true that neighborhoods with lots of trees command greater housing values that those without.

Yli-Pelkonen, V., J. Setala, and V. Vippola. 2017.  Urban forests near roads do not reduce gaseous air pollutant concentrations but have an impact on particles levels.  Landscape and Urban Planning 158: 39-47.

One thought on “Trees and Air Pollution”

The blog will offer a science-based analysis of current environmental topics, from regional to global levels, with an emphasis on making the science accessible to the general public.