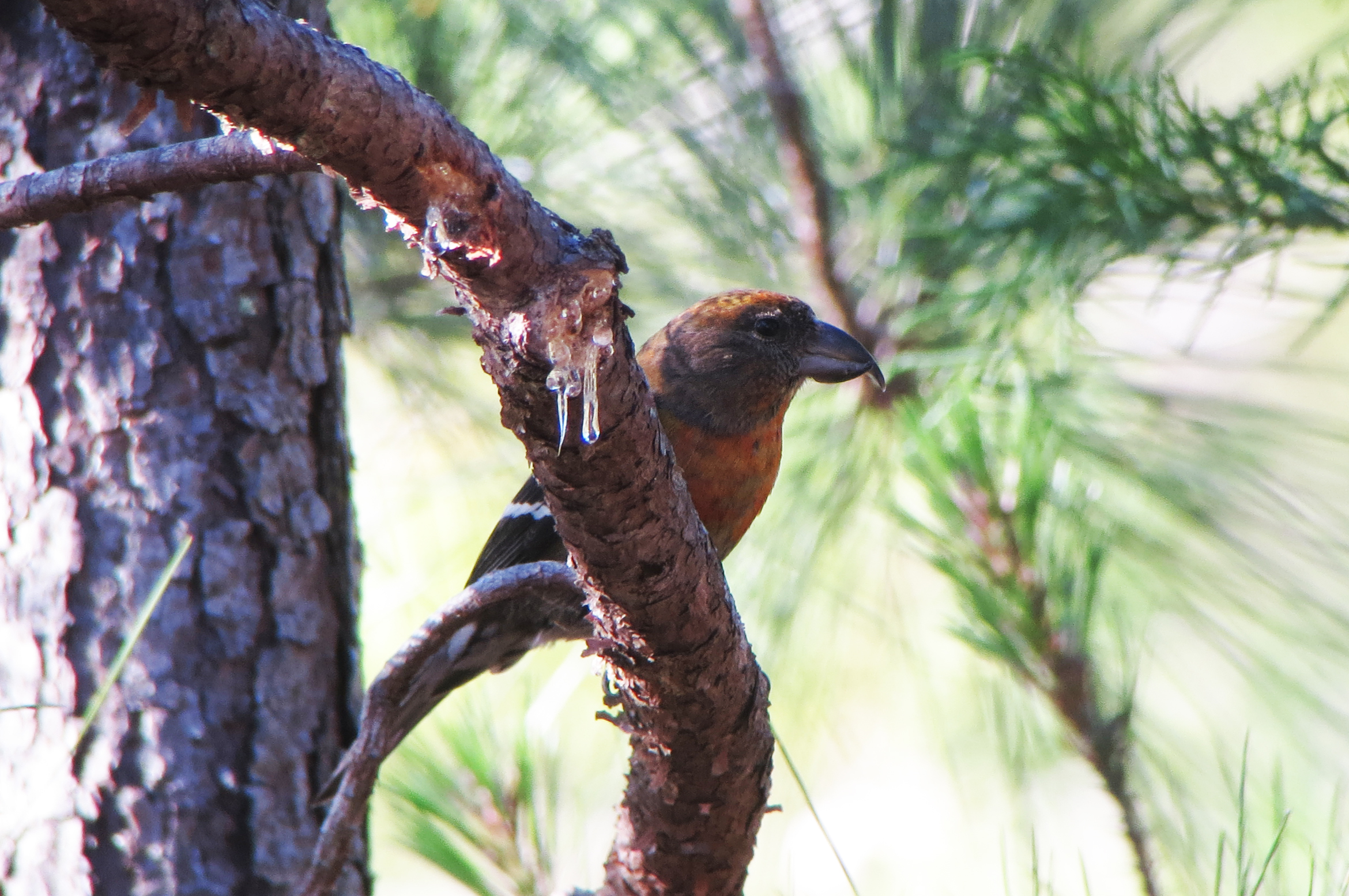 I have a confession to make. This birding thing—taking people out on trips to see birds—is an elaborate scheme. The cute feathered creatures are a façade, a gateway drug designed to get people hooked on conservation.

Birds are diverse and everywhere, which means if we resolve to try to protect every bird species, we are in effect seeking to preserve every ecosystem in the world.

Thanks to latitudinal biodiversity gradients, this phenomenon is especially salient in the tropics, where birds are most beautiful, most diverse and most likely to be endangered.

Countries that span tropical latitudes have some of the most rapidly growing populations and rapidly developing economies. Combine that with high densities of small-range species and you get what Myers et al.1 call “hotspots:” areas of extreme endemism and biodiversity, but where natural resources face intense economic pressure.

Over winter break I experienced one such hotspot in the Sierra de Bahoruco, a tall mountain range that straddles the Haiti-Dominican Republic border. I was leading a group from the Carolina Bird Club all over the island in search of 31 species endemic to Hispaniola (for a trip report, read: this post on my other blog) and the best concentration of these special birds are most-reliably found in Sierra de Bahoruco National Park in the Dominican Republic.

Many of you readers are probably already familiar with the Hispaniola environmental degradation narrative, with Haiti being almost completely deforested, while the Dominican Republic, its island cohabitant to the east, retains a good portion of original forest cover, much of which is protected under a network of national parks (Sierra de Bahoruco National Park being among them).

But the birders and I witnessed degradation creeping across the border. As we combed the mountainside in search of endangered birds, such as La Selle Thrush, White-fronted Quail-Dove and Bay-breasted Cuckoo, we could see patches of cut forest in the national park and hear the steady thunk…thunk…thunk of chopping from valleys below.

There is no corporate villain to scapegoat for this tragedy, but rather great global forces have created circumstances leading to desperation. Creole-speaking voices betrayed the nationality of the illegal loggers. Yet it’s hard to blame the Haitians for doing what they can to survive the ongoing humanitarian catastrophe that has gripped Haiti. Rural Dominicans face cruel economic pressures as well, and they gladly exploit a cheap Haitian labor source to get ahead.

At one point our group stumbled upon a trans-border smuggle-in-process at the remote Aguacate Military post. We were taking a break from birding to peer over into the deforested Haiti side and perhaps spot a bird or two to put onto our Haiti bird lists (many birders freakishly keep species lists for ever country they visit). But instead of birds, we spotted two Haitian children cresting a hill, one of whom lugged a large white package. What was inside I can only imagine, but once the children spotted our large group of gringos toting threatening tripods, spotting scopes and cameras, the one with the package hastily retreated out of view while the other slumped onto the ground to keep watch.

Hell of a way to grow up…smuggling contraband across a remote border and bribing soldiers.

This scene puts the conservation challenges we, as a society, face into perspective. If we really want to save birds, we need to make major progress in socio-economic dimensions on top of everything else we normally think of in conservation (though most conservation biologists would rightly argue that this is already part of their “normal” thought process). The establishment of protected areas is incredibly valuable and important, but it is not the complete solution or end-game for conservation.

While National Parks in the United States are essentially untrammeled and sacrosanct, in countries like the Dominican Republic, this simply isn’t the case. For some it is difficult to understand how species living in protected areas can still be considered endangered until they visit to see first-hand what’s happening on the ground.

And that’s why birding is such potent tool for conservation. Millions of tourists visit the Dominican Republic each year, but the small portion that leave the beach and venture up into the mountains are almost all birders (or if not, then they’re probably into butterflies—freaks).

So if I haven’t already tried to convince you in enough ways, be a birder because it will make you a part of a subversive conservation movement. Bird everywhere you go, especially if you visit hotspots, which represent the front lines of conservation crises. You’ll find similar scenarios unfolding in Colombia, Brazil, Sumatra, Cambodia—habitats of beautiful endangered birds being plundered with alarming quickness.